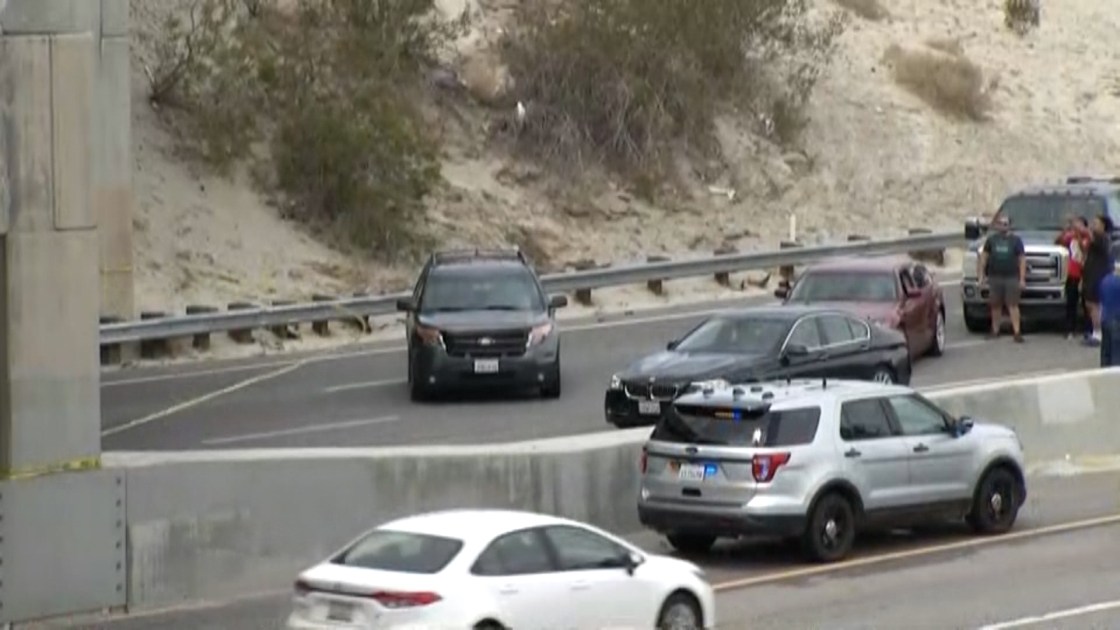 THOUSAND PALMS (CNS) – A woman in her 50s was killed today after she
parked her vehicle on an overpass above the eastbound 10 Freeway in Thousand
Palms and apparently jumped onto the freeway below before being struck by two
vehicles, including a tractor trailer, authorities said.

Officers responded to the freeway near Bob Hope Drive around 11 a.m.
Thursday to a report of a woman who was struck by a vehicle, according to the
CHP.

“We got a call of a vehicle that was parked on top of the over-
crossing and someone had reported that the occupant inside jumped from the
railing onto the freeway below,” David Torres, a spokesman for the CHP’s Indio
office, told City News Service.

“Unfortunately that person was struck by multiple vehicles and since
succumbed to her injuries.”

Torres said the woman — whose identity was not immediately available –
– was the only occupant of the vehicle.

The eastbound I-10 at Bob Hope Drive was closed while the coroner’s
office was on scene, but was later reopened.

The CHP was still investigating the incident.