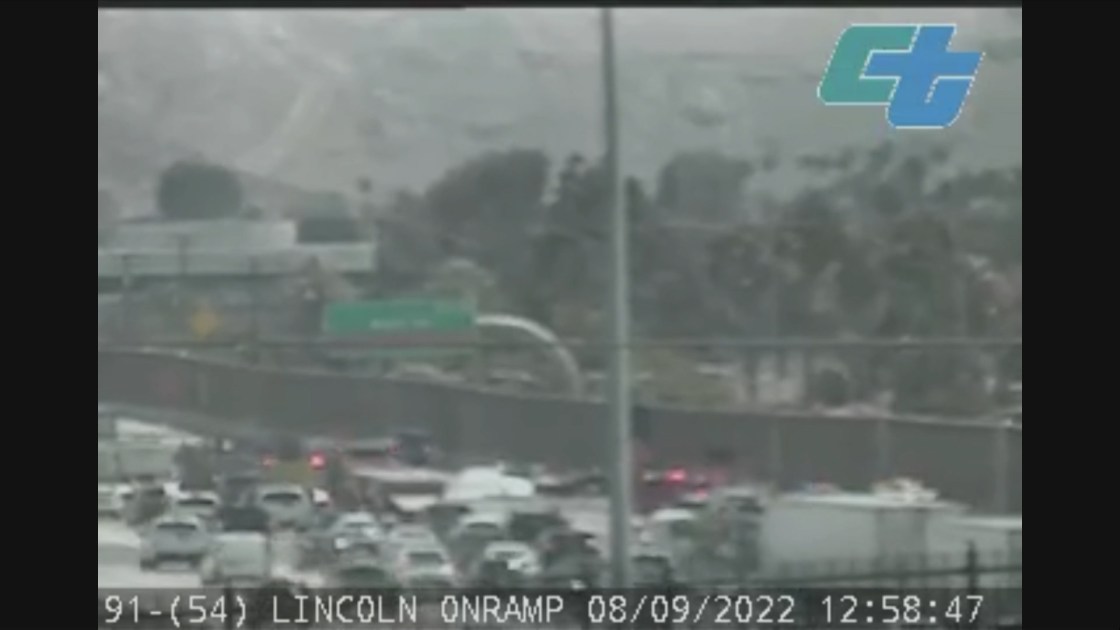 CORONA (CNS) – A single-engine airplane crash-landed on the Riverside (91) Freeway in Corona Tuesday, triggering a fire from which the occupants of the aircraft escaped uninjured.

The forced landing occurred at 12:30 p.m. on the eastbound 91 at Lincoln Avenue, according to the California Highway Patrol.

The agency could not immediately confirm whether any vehicles were struck on the busy corridor.

Corona Fire Department engine crews reached the location within five minutes and discovered the plane in flames. Officials at the scene said the pilot and passenger, neither of whom were identified, self-extricated themselves from the wrecked aircraft and did not require medical aid.

There were no reports of injuries to motorists.

An FAA spokesman told City News Service that the agency was working to ascertain the plane’s tail number, details concerning its itinerary and circumstances behind the accident.

Eastbound 91 traffic came to a virtual standstill immediately after the crash. However, CHP officers only closed the No. 4 and 5 lanes, where the plane went down. The Lincoln Avenue on-ramp was also closed. Three lanes, plus the fast-track lane, remained open.