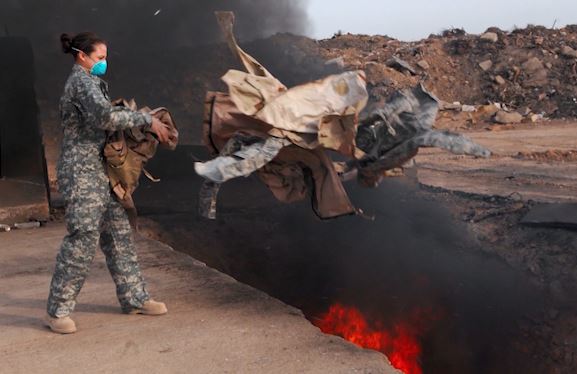 It was a huge day for millions of veterans across the country.

All with the help of one Coachella Valley congressman who led the charge in Washington D.C.

“I was so full of mixed emotions,” Congressman Raul Ruiz shared. “In the early years, I just kept facing barriers after barriers. With a lot of advocacy, President Biden made it a priority. After that turning point, the debate wasn’t fighting for the recognition that burn pits’ toxic smoke can cause these illnesses. Now, since the VA recognizes it, the fight was to expand the amount of illnesses that would get presumptive benefits.”

And expansion they got.

Congressman Raul Ruiz has been pushing for this legislation to pass for nearly five years.

As the founder and co-chair of the Congressional Burn Pits Caucus, he has helped lead the charge to address the military’s lethal use of burn pits overseas.

With the PACT Act being signed into law, it will increase access to medical care and disability payments for veterans who were exposed to burn pits.

Veterans also won’t be required to prove they got sick from the burn pits in order to receive compensation.

Experts say the bipartisan bill is the most significant expansion of veteran health care benefits in over 30 years.

The issue is personal for many.

“When they came home, many of the fittest and best warriors that we sent to war were not the same,” President Joe Biden shared. “Headaches, numbness, dizziness, cancer. My son Beau was one of them.”

Not just for the president, but for many right here at home.

“My heart was in mourning for Jennifer Kepner,” Dr. Ruiz said. “I was thinking of her children, Adia and Wyatt, and widow Ben. I gave her my word when she was dying. I was on a mission to fulfill my promise. Many died during this fight, and so it became very personal.”

The cancer was linked to her burn pit exposure when she was serving as an Air Force Medic in Balad, Iraq.

For her friends and family, it’s been a long journey.

“My wife, Jennifer, her friends, and her family are on a mission to get answers,” Ben Kepner, Jennifer’s husband, shared.

But the work isn’t done.

“One is to really do an aggressive outreach and educate our veterans and their families about this law,” Dr. Ruiz continued. “In addition to that, get the Department of Defense to stop using burn pits. They’re currently using six burn pits. This is a self inflicted wound that the military does to our servicemen and women that causes delayed casualties of war.”

This act rolls out in three phases.

A third of the illnesses listed will be put into effect immediately, with another third in a year, and the remaining third in two years.

But anybody with severe illness or symptoms right now is able to automatically receive benefits.

For more information on this new legislation, click here.