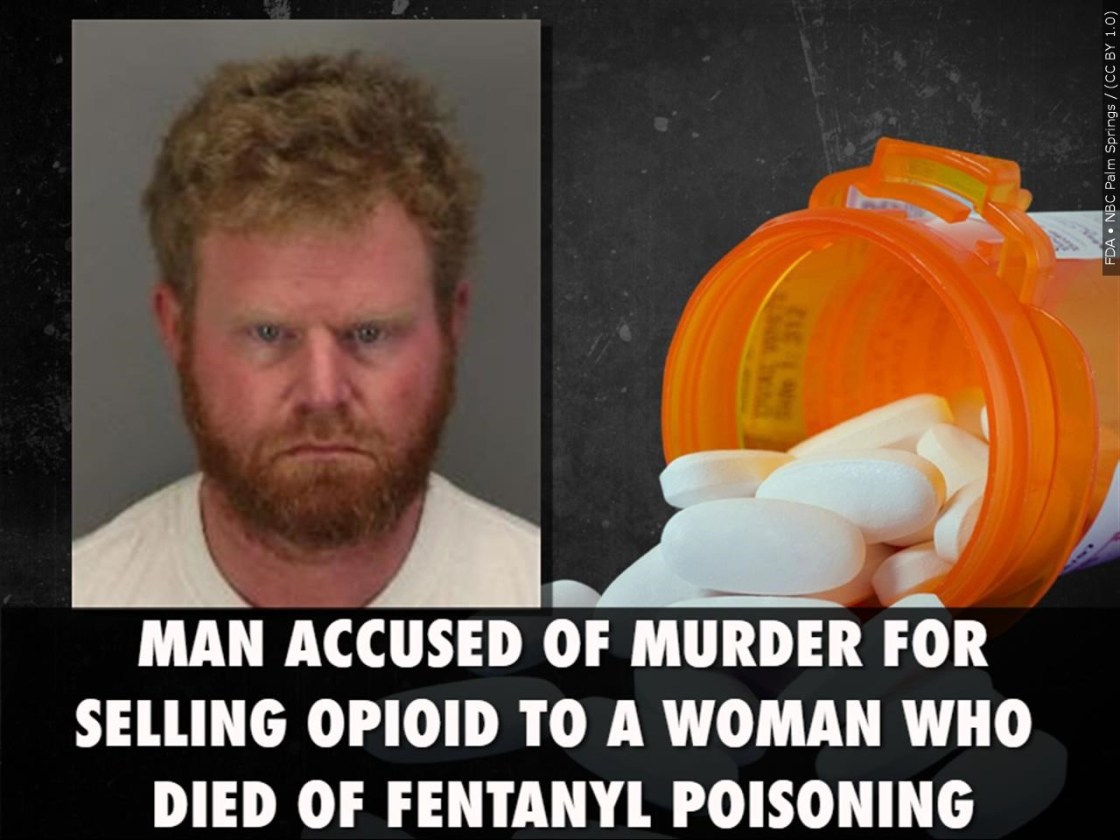 DESERT HOT SPRINGS (CNS) – A 36-year-old man was accused Thursday of selling fentanyl to a woman in Desert Hot Springs who died as a result in August 2021.

Chad Michael Hill was in custody for several narcotics sales related offenses when he became the suspect of selling fentanyl to Noel Roscoe, 32, who died of acute fentanyl toxicity on Aug. 12, 2021, according to the Riverside County Sheriff’s Department.

Hill pleaded guilty on July 18 to felony charges in three separate cases, including two counts of transporting/selling narcotics, according to court records.

Hill was being held at the Larry D. Smith Correctional Facility in Banning without bail.

Officers with the Desert Hot Springs Police Department responded to the 66000 block of Flora Avenue at around 4:30 p.m. on Aug. 12, 2021 to a report of an unresponsive female, according to the Riverside County Sheriff’s Department.

Authorities said Roscoe was transported to a hospital, where she subsequently died.

The sheriff’s department’s Overdose Death Investigations and Narcotics unit investigated the case in April 2022 and suspected that Hill sold the fentanyl to Roscoe.

On Thursday, authorities accused Hill of murder while he was in custody in Banning.

Anyone with information on the case was asked to contact Investigator Hollingsworth with the sheriff’s department at 951-955-1700.