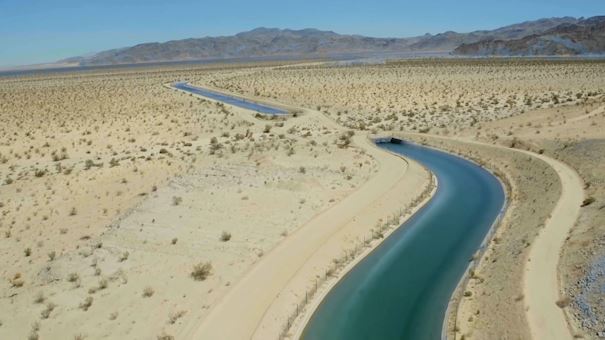 The drought continues to grip the west with no signs of letting up.

One of the hardest hit places is the Colorado River, which serves about 40 million people, including right here in the Coachella Valley.

But action is being taken.

It could be used to pay farmers and rural districts, as well as install new water efficient technology.

But, water districts in our region are already doing what they can to save the Colorado River.

“I want to reiterate the fact how important that river is. It is our only source of water,” Imperial Irrigation District Public Information Officer, Robert Schettler, said.

The Imperial Irrigation District has the largest rights to the river in California.

With the U.S. Bureau of Reclamation mandating all those who rely on the river to cut 2 to 4 million acre-feet of water, along with the Metropolitan Water District, IID is currently negotiating additional massive cuts of water supply.

All without affecting the backbone of their economy: agriculture.

“One in six jobs is directly related to agriculture,” Schettler explained. “If we don’t farm as much as we’re farming now,, it’s going to have an impact. That’s where some money would have to come in. There’s going to have to be mitigation money in some form to pay the farmers back for their land that they’re not producing.”

But this water is imperative to their survival.

“If something that would happen to that river, we would have to go farm or live elsewhere because that is it,” Schettler shared.

Schettler said the Bureau of Reclamation is meeting next week to announce their 24-month projections which could change how much water they cut.