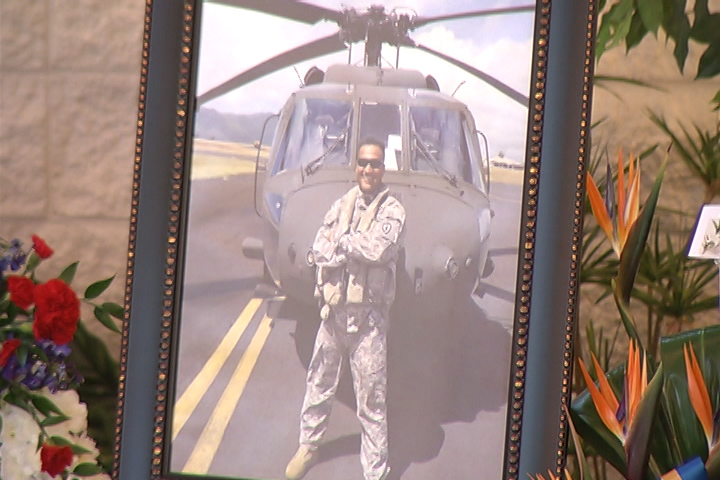 A date many remember across the desert.

10 years ago, Cathedral City’s Suresh Krause and ten others were killed in action when their Black Hawk helicopter was shot down in Afghanistan.

And 10 years later, we remember.

“I made a promise to him 10 years ago, right here at the memorial park, that I would keep his memory alive,” Brody Schmidt, Krause’s uncle, shared.

The evening began at Desert Memorial Park where friends and family of Krause gathered around him to honor the life and legacy of a hero.

“These last 10 years after I made that promise to him to keep his memory alive, I began the process of journaling all my motorcycle rides because he was a motorcycle rider. He’s the one who inspired me to start riding,” Schmidt said. “When he was killed in action, I decided to turn the bike into a tribute bike. It keeps his memory alive for me, but also gives me a chance to tell his story, just like I’m doing right now.”

So in honor of him, they hopped on their bikes and led a procession to the Palm Springs Air Museum.

There, friends, family and veterans who knew Krause, shared stories and tears over the courageous 29-year-old soldier.

A life taken too soon.

“He was just the love of our life,” Krause-Schmidt said.

All to protect his country and his loved ones here at home.

“He came from Sri Lanka from a third world country, he gained citizenship, and after the events of 9/11, he had made a commitment at that point in time to give back to a nation that embraced him,” Schmidt explained.

“He could walk into any room, it could be gray and he could make it bright,” Schmidt reflected. “I want Suresh to be remembered as a hero, not just a local hero, not just a national hero, but he is a global hero.”

“I’m so proud to still wear his uniform, and hopefully I can wear it for the rest of my life,” Krause-Schmidt shared with a teary smile.