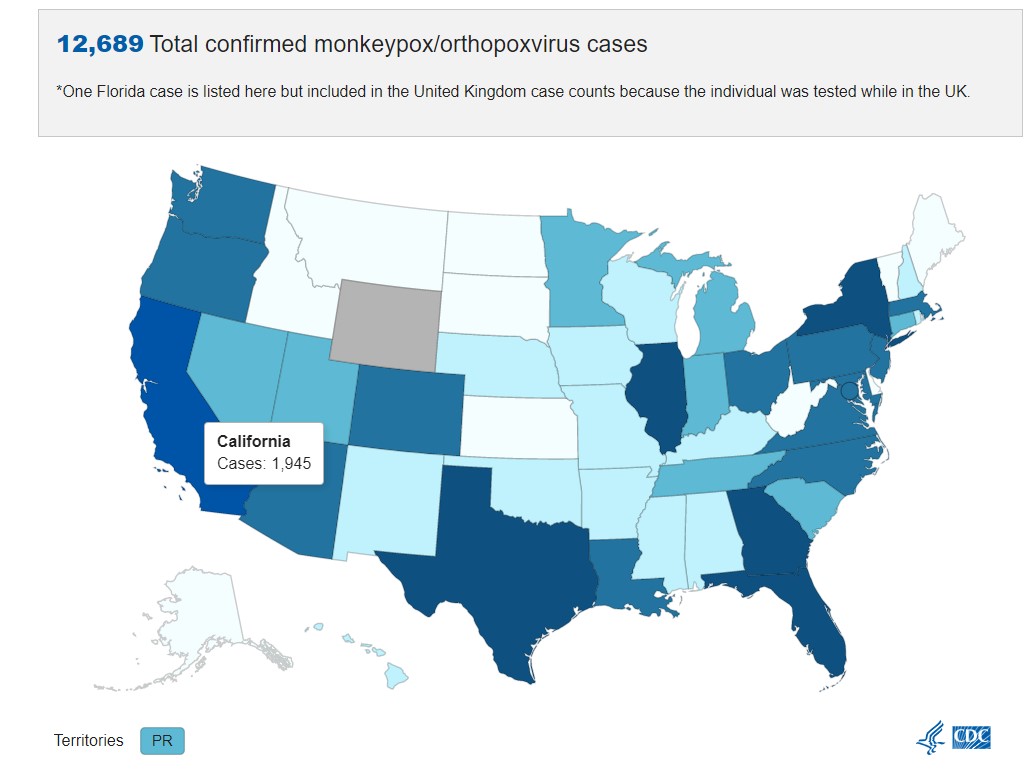 These new cases raise the total monkeypox infection number to 107.

The new cases include 11 men, 9 of them residents in the Coachella Valley and the other 2 are from western Riverside County.

RivCo Public Health is reporting 13 new probable/confirmed Monkeypox cases. All are male; 11 from the Coachella Valley and two from western RivCo between ages of 25 and 65. Total for Riverside County is 107.

The first female case of Monkeypox was reported on Tuesday, but public health did not specify where in the county she is from.

This Monday, the Riverside County Board of Supervisors ratified a public health emergency proclamation signed by Dr. Geoffrey Leung August 8.

Across the state several other counties and cities have issued similar public health emergencies.

The remaining 25% will be used by Riverside University Health System.

The county is also working with community partners to expand eligibility for the two-shot vaccines to include at-risk individuals, and to set up treatment sites with Tecovirimat — an antiviral medication used to treat orthopoxvirus infections such as monkeypox.