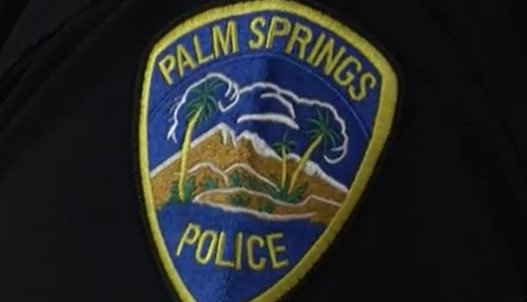 Business owners in Downtown Palm Springs are feeling some relief.

“When people see the police out, there’s less of a chance of people committing crimes, so we support that 100%,” Downtown Business Owner and President of Main Street Palm Springs, Joy Meredith, shared.

After a string of vandalism and break-ins to businesses downtown, the Palm Springs Police Department is making themselves known.

All a part of its newly developed program “Operation Clean Streets.”

“‘Operation Clean Streets’ is designed to provide directed and targeted enforcement as well as work with service providers, and other local initiatives,” Lieutenant William Hutchinson explained. “It’s to really help people that might be homeless, or experiencing homelessness, get the services they need and try to get them off the streets. Other parts of the operation are going to be designed to target those that are openly committing crime in our downtown area and our business districts and other parts of the city.”

After talking with businesses and locals in the area, they developed a strategy to prevent crime, educate the public, and increase visibility, all to tackle the bigger issues in the city.

“We want business owners, tourists, and people that live here to enjoy the downtown area and feel safe while not having to worry about getting robbed or mugged or get something stolen from them…or watching people smoke drugs openly in public and children coming across open needles,” Lt. Hutchinson continued. “So this is why these are really important operations to the police department, the business district and the community overall.”

“I think that people are feeling really good about the fact that there has been some activity from the police department because that’s what we need,” Meredith continued. “You know, we are totally ready, willing and able to work with the police in any way that is required to be able to help combat criminal activity in downtown because not only do we want to be safe, but we want our guests to be safe. The people that are coming downtown, we want them to feel good about it and not have to be fearful in any way.”

“The department is doing a lot of stuff right now to combat crime and I feel very good about it,” Meredith said. “We are just small businesses downtown, about 90% of the businesses are independently owned, and we really applaud the police department and look forward to working with them on the issues downtown.”

“We wanted people to know we were there,” Lt. Hutchinson said. “We want people to realize that there’s a lot of police, and if you were thinking about committing crime that day, you changed your mind.”

Lt. Hutchinson said they will continue to run “Operation Clean Streets” for the next year and reassess the program then to see if they need to do anything differently.