Man Arrested in String of Thefts at Cabazon Business 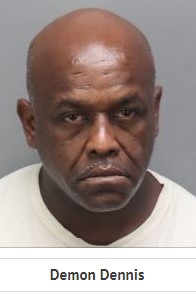 (CNS) – A man arrested in a string of thefts at a Cabazon business remained jailed Sunday in lieu of $60,000 bail.

Demon Dennis, 49, of Hemet was arrested Friday and booked into the Larry D. Smith Correctional Facility on suspicion of two counts of grand theft and an outstanding felony robbery warrant.

According to the Riverside County Sheriff’s Department, Dennis had allegedly been stealing merchandise from a business at the Desert Hills Premium Outlets in the 48000 block of Seminole Drive since May.

In the most recent theft on Friday, Dennis is suspected of taking numerous pairs of designer sunglasses worth a total of $10,000 before fleeing.

Deputies later found him driving westbound on I-10 and took him into custody.

Sheriff’s officials said the stolen merchandise was found on Dennis and recovered.