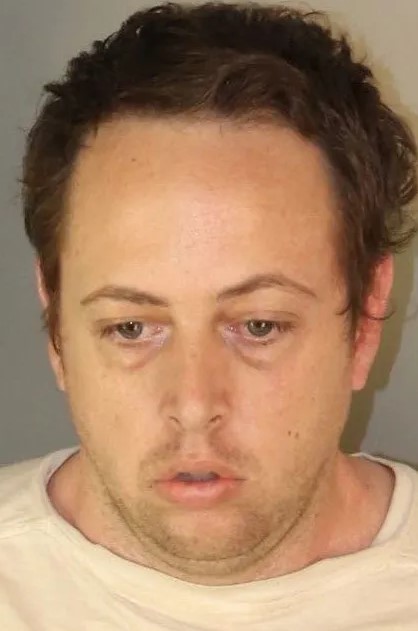 (CNS) – A convicted sex offender accused of illegally entering a Riverside elementary school campus and sexually assaulting a girl in a restroom was charged Tuesday with forcible lewd acts on a child and other offenses.

Logan Allen Nighswonger, 32, of Riverside, was arrested Friday within a few hours of the alleged assault at McAuliffe Elementary School in the 4100 block of Golden Avenue.

Along with lewd acts, Nighswonger is charged with accessing a K-12 campus without permission and a sentence-enhancing allegation of committing a sexual assault during a burglary.

He’s being held without bail at the Robert Presley Jail and was scheduled to make an initial court appearance Tuesday afternoon at the Riverside Hall of Justice.

According to Riverside police Officer Ryan Railsback, about 12:30 p.m. Friday, the defendant allegedly jumped a fence at McAuliffe and headed into a building where classes were in session.

A campus administrator, whose identity was not disclosed, spotted him moments later emerging from a girls’ bathroom, where a child was heard screaming and crying, Railsback alleged.

According to court documents, Nighswonger cornered and groped the 10- year-old victim for an unspecified period, then fled.

“Children should never experience a situation such as this, and it deeply saddens me that this incident occurred,” Alvord Unified School District Superintendent Allan Mucerino said in a statement released over the weekend. “It gives us pause and reinforces our commitment to school safety in recognition that, even when we follow safety best practices and do everything in our power to secure our campuses, there continues to be threats, which we will continue to work tirelessly to mitigate.”

It was unclear whether the girl suffered any physical injuries.

The administrator who saw the 6-foot-3-inch sex registrant leave the restroom watched as he exited the school building and jumped another fence on his way off of school grounds, according to Railsback.

The witness observed the car that the defendant entered, noting the license plate as he drove away. He provided that information to police in a 911 call moments later, Railsback said.

He said the police department’s Sexual Assault-Child Abuse Unit quickly developed leads indicating that Nighswonger had gone to Placentia, where he was apprehended without incident on Melrose Street less than four hours later. The defendant was then taken back to Riverside and booked into jail.

“The safety of our students and staff at school will always remain amongst our top priorities,” Riverside police Chief Larry Gonzalez said. “When that safety is put at risk, we will do everything within the law to quickly find and arrest the person responsible.”

According to court records, Nighswonger has two prior misdemeanor convictions for annoying a minor.