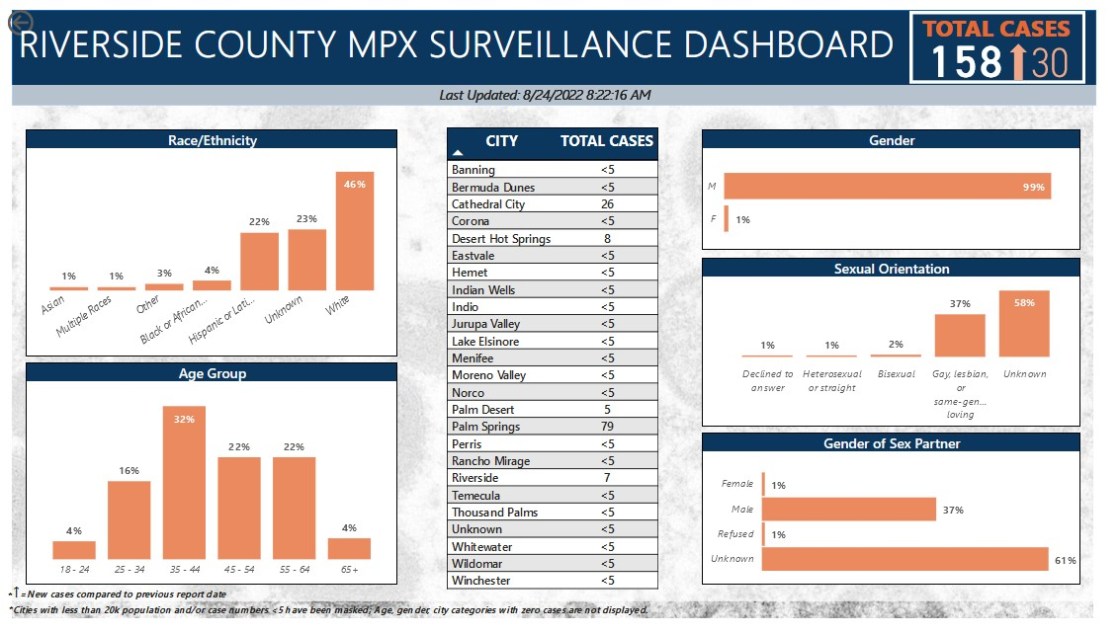 RivCo Public Health is reporting 30 new probable/confirmed MPX (monkeypox) cases. That brings the county total to 158. Get details on the latest numbers by going to the data portal https://t.co/ypeMjmleKe

Last Wednesday, Arballo reported that the county’s cases stood at 107, up from 71 the previous week. The county’s first probable or confirmed case in a female was reported last week. 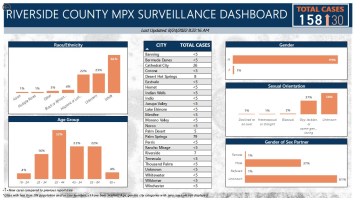 As of Tuesday, a total of 2,663 monkeypox cases were confirmed in California — the second-highest of any state, behind New York’s 3,019 — while nationwide, the aggregate count was at 15,909, according to the latest CDC data.