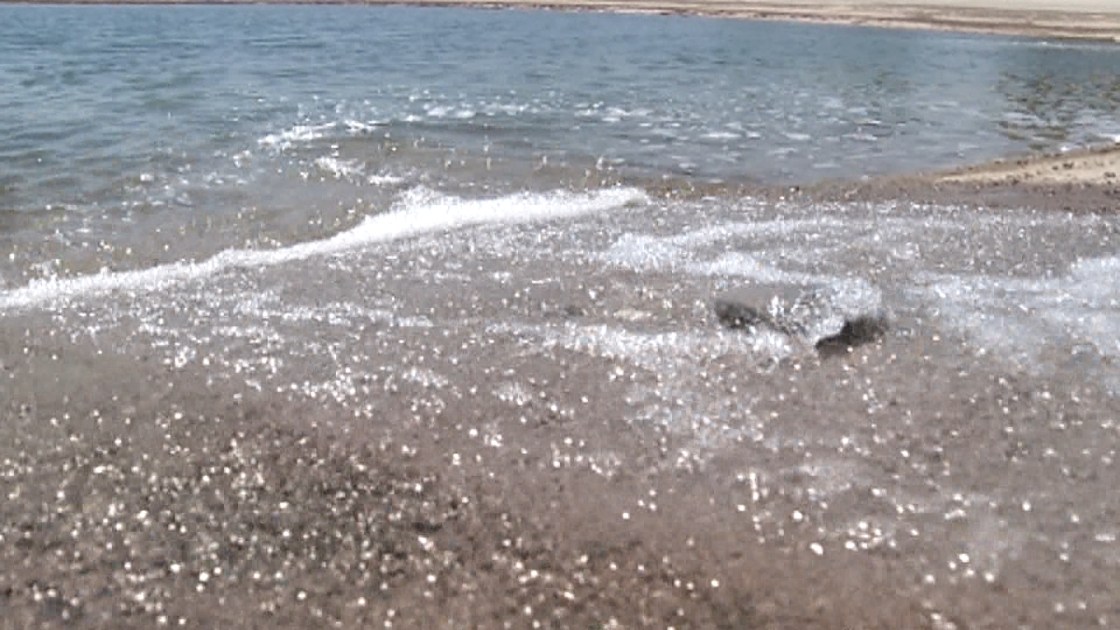 As California’s water crisis deepens, a new project aims to help conserve resources and ensure disadvantaged communities are not left behind.

Cadiz Inc. is hanging onto its years-long goal of storing water before it evaporates and then selling or giving it away to communities in Southern California.

“We cannot afford to watch billions of gallons of water evaporate in the air while people don’t have access to clean drinking water,” said Susan Kennedy, Executive Chair of Cadiz Inc.

Cadiz incorporated owns over 70 square miles of property in the eastern Mojave Desert and are hoping to turn the land into a key conservation site.

“The land sits on an aquifer that is really large. It’s the size of Lake Mead. Tens of millions of acre feet of water, which is millions of gallons, of water, is sitting in the aquifer,” said Kennedy.

For decades, the company has proposed pumping groundwater from beneath the desert and selling the water to urban cities in Southern California.

“The water is evaporating because it’s in the desert and when the water has nowhere to go, it goes down to these dry lakes and evaporates. So we have the technology to stop the evaporation and make room in the aquifer to store water so it doesn’t evaporate from the rivers or reservoirs,” said Kennedy. “The water that’s evaporating is water that we will capture before it evaporates and will put it into other storage and make that water available to communities that don’t have access to water today.”

The company also promises to give away free water to those who need it most.

In an agreement with the Salton Sea Authority and Torres Martinez Desert Cahuilla Indians, Cadiz Inc. will give 5,000 acre-feet of water each year to the tribe and sea communities.

“We’ve set aside water from the project to make sure that it goes to some disadvantaged communities at no cost,” said Kennedy. “They have virtually no access, very little access to fresh water in that area.”

But the water is not available just yet.

“It’ll be probably 18-24 months before we can actually get the project… all the pumping stations in place. We’re thinking it’s within the next 24 months.”

“One of the other projects with the tribe is we’re going to be taking technology that is at the wellhead and cleaning up the arsenic in the water,” said Kennedy. “We’re very hopeful we have the technology that can do that and that we’re going to do immediately, so that should make some clean water available in the Eatsern Coachella Valley very quickly.”