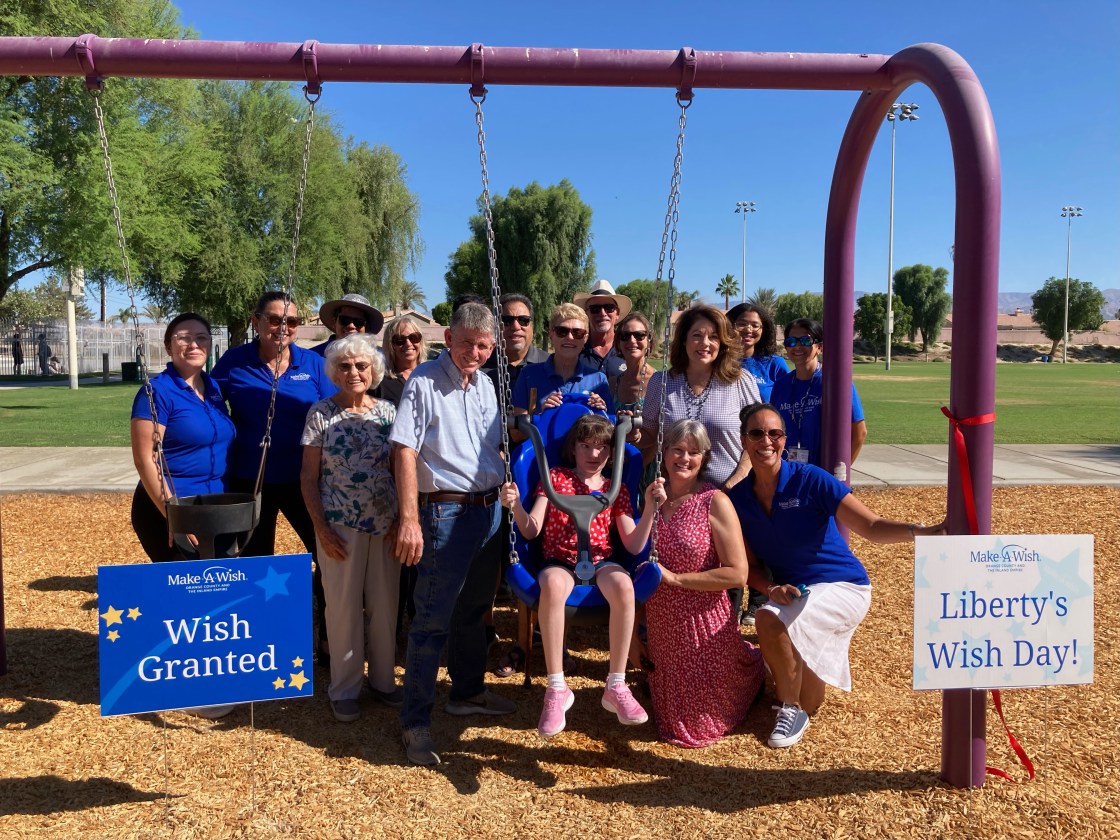 “It was just a very happy, happy moment for all of us… to see the joy on her face,” said Melissa Anderson, the mother of Liberty Anderson.

18-year-old Liberty Anderson was diagnosed with developmental disabilities at 9 months old, a result of her brain not fully developing in the womb.

Four years later, she was also diagnosed with Lennox Gastaut Syndrome, a severe form of epilepsy that has resulted in limited speech and the cognitive range of a preschooler.

Despite her limitations, Liberty is like any other child.

She loves spending time at the park. Her favorite thing to do is swing on the swings.

“As she got older, it got harder because she didn’t fit on any of the swings,” said Anderson. “She could be on the swings, but because of her epilepsy, it was hard because you never knew when she would get  seizures and then that would not be a safe place for her.”

Now, she has a safe place to swing.

Make A Wish Foundation and the city Of La Quinta installed a brand new accessible swing at the La Quinta Park.

“There’s nothing like seeing a wish be granted,” said Melissa Gallagher, Vice President of Mission Delivery for Make A Wish in Orange County and the Inland Empire. “It’s just full of joy the moment you see a child get their wish.”

“This morning she did not want to leave the park and the swings. (She said) ‘I wanted to stay on that’,” said Anderson. “… This just means she gets to have a happy place to go to and we’re just excited to be able to have that for her.”

Not only for Liberty…

“It’s not just for Liberty. (It’s for) other children (who) will be able to have access to it, and Liberty will love that.” said Anderson. “She will love knowing that they’re are other people that are able to play because she likes to share that joy.”