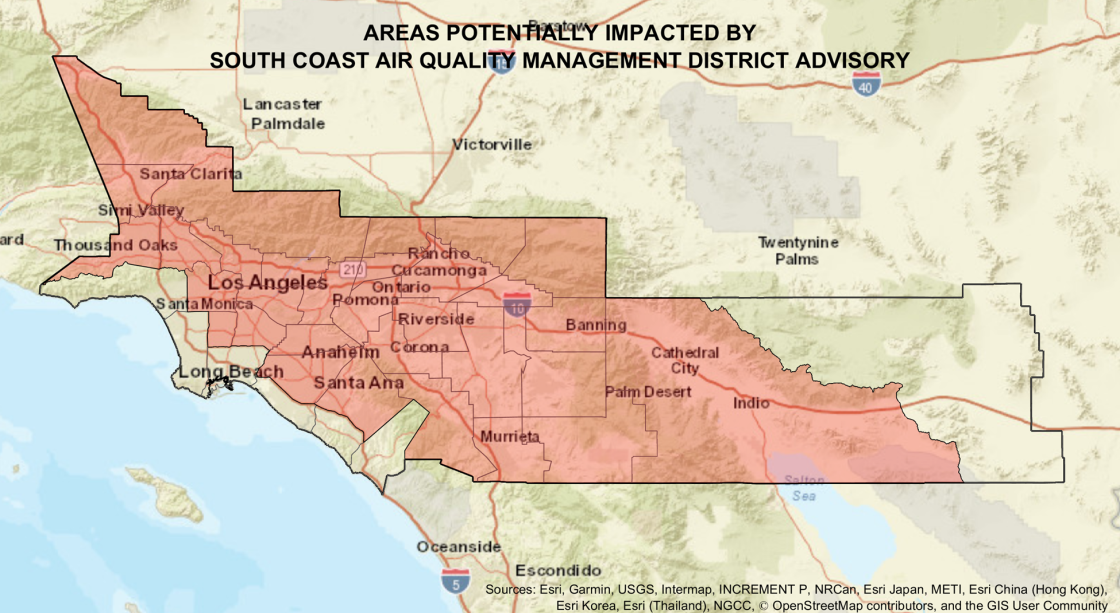 (CNS) – If the heat wasn’t bad enough, Southland residents were being warned Tuesday about the likelihood of poor air quality over the next week that could reach unhealthy levels in some areas.

The South Coast Air Quality Management District has issued an ozone advisory, warning of potentially unhealthy air quality most afternoons, exacerbated by the rising temperatures, through at least Sunday.

“Elevated temperatures increase emissions of chemicals leading to ozone formation and enhance ozone formation rates,” according to the AQMD advisory. “This long duration and intense heat wave will likely cause unusually high and persistent levels of ozone pollution.”

The AQMD noted that ozone, or smog, pollution can lead to problems such as difficulty breathing, asthma attacks and lung damage.

Northern and Central Orange County area also likely to be impacted, along with the Saddleback Valley in Orange County.