Woman With Knife Fatally Shot by Man in Thousand Palms 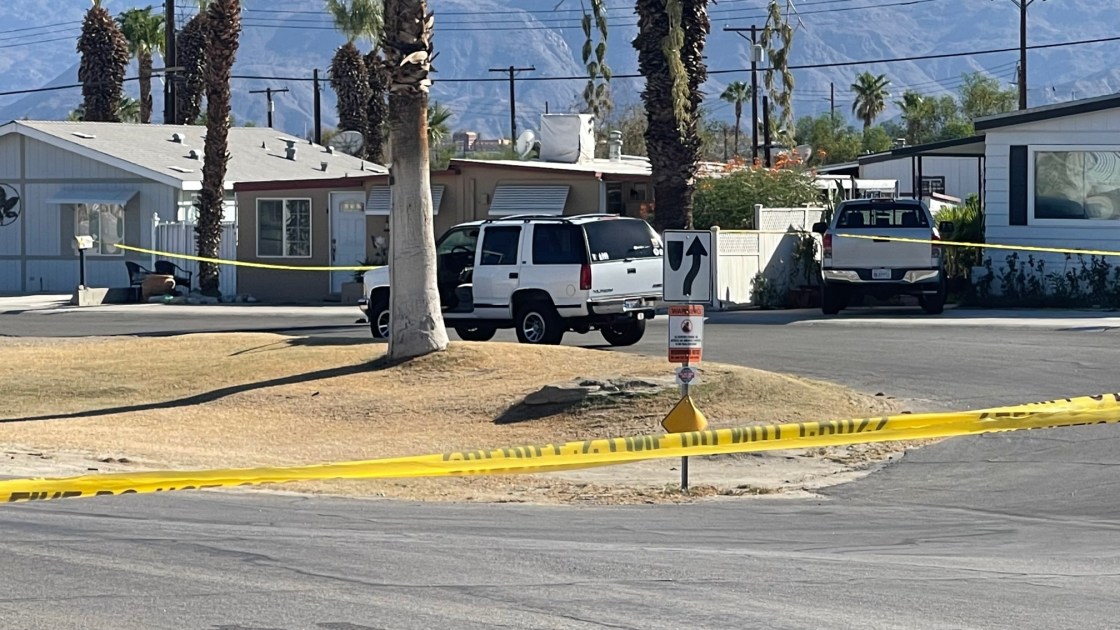 A woman is dead after being shot in the Tri Palms Estates in Thousand Palms Tuesday.

Deputies responded to a call for an assault with a deadly weapon at the intersection of San Miguelito and Westchester Drives around 2:26 p.m.

When they arrived, they learned a woman initially attempted to assaulted a man with a knife.

The man then shot the woman with a firearm, according to deputies, and she left the area driving to a nearby fire station on Ramon Road.

At the fire station, the woman died from the gun shot injury.

Deputies say the initial male victim is a licensed concealed weapon holder. The person who was detained Tuesday evening was not arrested.

Currently, there have been no arrests in this fatal shooting incident as the investigation is on-going.

The identities of the man and the woman have not be released.

*This story has been updated and corrected. It previously stated one person was detained and then taken into custody. The title was also changed.