Nearly 200 Monkeypox Cases in RivCo, Majority in the Coachella Valley 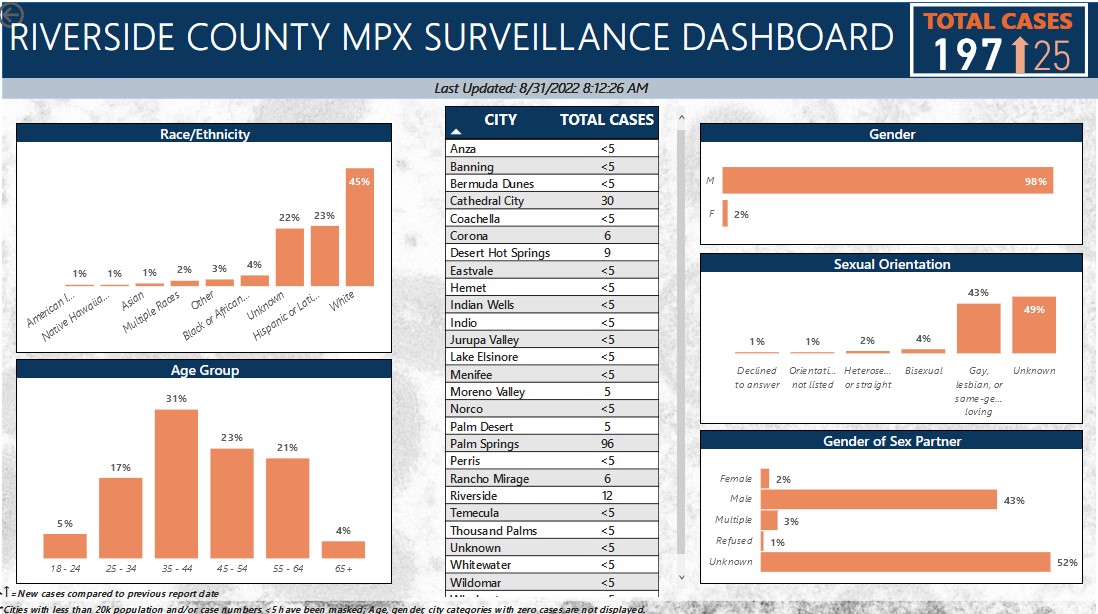 The County of Riverside reported 25 new confirmed or probable cases of monkeypox Wednesday.

Riverside County Public Health has created a webpage where all of the monkeypox data is categorized by location, sexual orientation and gender at http://www.rivcoph.org/mpx/Data.

As of Monday, a total of 3,291 monkeypox cases were confirmed in California — the highest of any state — while nationwide, the aggregate count was at 18,101, according to the latest CDC data.