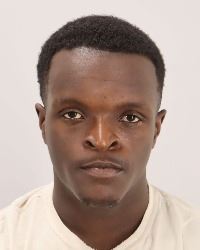 (CNS) – A 19-year-old man was charged Friday with felony counts of robbery and attempted carjacking.

Linnell Letice Wilson was additionally charged with a felony count of criminal threats to cause great bodily harm, according to court records.

He was scheduled to be arraigned at the Larson Justice Center Friday afternoon.

Deputies from the Palm Desert station responded to the 77000 block of Michigan Drive at 9:30 p.m. Tuesday to a report of an attempted carjacking and robbery, according to Sgt. Travis Mountz of the Riverside County Sheriff’s Department.

After Wilson was identified as the suspect, deputies searched his residence and allegedly found the victim’s property in his possession, according to Mountz. He was arrested around 2:30 a.m. Wednesday.

Wilson was booked into the John J. Benoit Detention Center and was held on $1 million bail.