It’s been 5 days without reliable tap water for Jackson, Mississippi. Here’s what we know about the latest repairs — and how people are coping 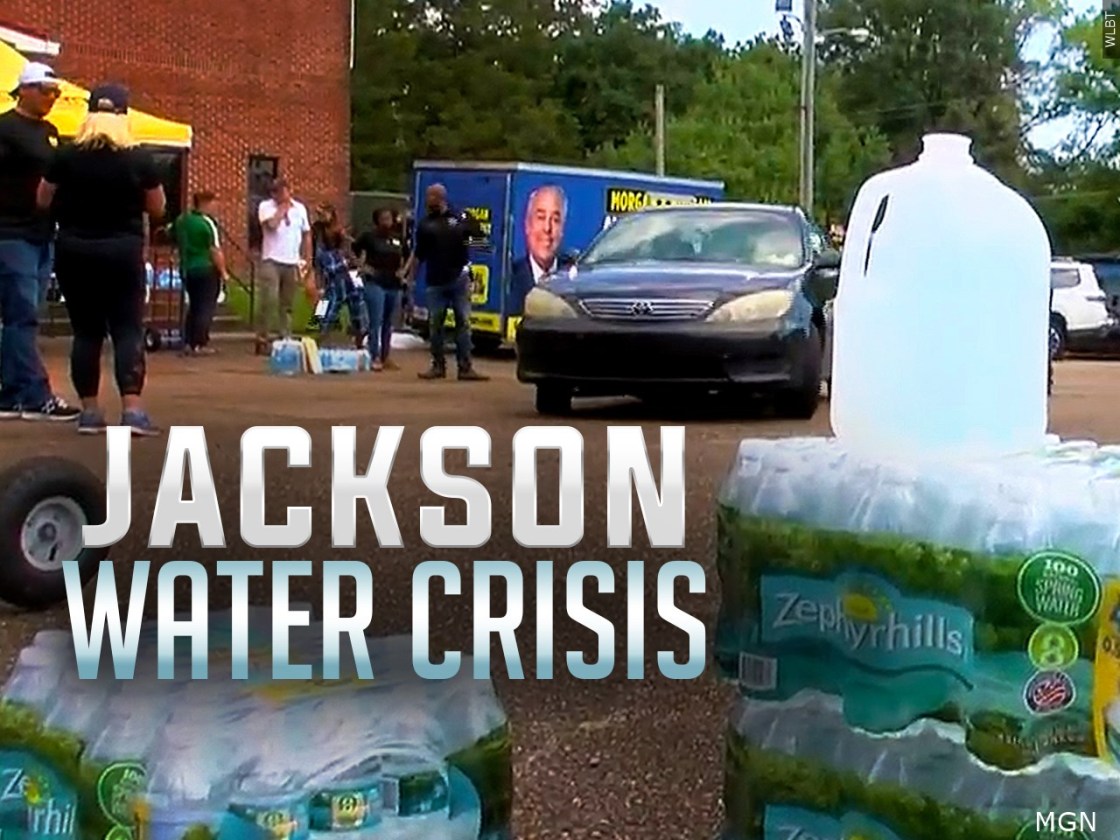 Significant gains have been made to restart the system, officials have said, but when potable water will flow again to Jackson’s roughly 150,000 residents — who for weeks already had been under a boil-water alert — remains an open question.

Until then, families and businesses are forced to buy water or rely on an inefficient system of bottled water pick-up sites for water to drink, cook and brush teeth.

Here’s how the latest chapter in the city’s water disaster has unfolded:

What led to this week’s outage

The main pumps at Jackson’s main O.B. Curtis Water Treatment Plant around late July were severely damaged, forcing the facility to operate on smaller backup pumps, Gov. Tate Reeves said this week, without elaborating on the damage, which city officials also have not detailed.

The city announced August 9 the troubled pumps were being pulled offline.

And then came the flooding: Heavy rains last week pushed the Pearl River to overflow, cresting Monday, and to flood some Jackson streets — while also impacting intake water at a reservoir that feeds the drinking water treatment plant.

A chemical imbalance was created on the conventional treatment side of the plant, Jim Craig, senior deputy and director of health protection at the Mississippi Department of Health, said Wednesday.

It affected particulate removal, causing a side of the plant to be temporarily shut down and resulting in a loss of water distribution pressure, he said.

What needs to be done to fix it

A temporary rented pump was installed Wednesday at the plant, and “significant” gains were made by Thursday, the city said, with workers making a “series of repairs and equipment adjustments.”

As of Thursday, water pressure had been restored to some residents, with those close to the plant having almost normal pressure, the city said. Those farther away and at higher elevations still had little to no pressure.

And much work remained to be done on other pumps and motors, Craig said, noting an unacceptable amount of sludge had accumulated in basins.

A boil-water advisory went into effect in late July — well before Monday’s service disruptions — after cloudy water at the O.B. Curtis plant was blamed on high levels of the mineral manganese, “combined with the use of lime,” the city said. That order has yet to be lifted.

Contractors also were making assessments Thursday, according to the city update, and the Environmental Protection Agency and the US Army Corps of Engineers were at the site.

FEMA Administrator Deanne Criswell was headed Friday to Jackson, CNN has learned. President Joe Biden approved an emergency declaration for Jackson, and it will allow Mississippi to tap into critical resources to respond to the crisis, Reeves said.

How people are coping without running water

Residents have understandably been angry and frustrated, with no water to drink or brush their teeth or, in many cases, even flush toilets.

Some waited hours in long lines this week for a case of bottled water, only to be turned away when the supply ran out.

Jeraldine Watts, 86, was in a line that stretched for 2 miles, she told CNN.

Watts, who was born and raised in Jackson and lives with her daughter and granddaughter, said they have to use bottled or boiled water for everything — to brush teeth, cook and wash dishes.

Some residents had been catching rainwater to flush their toilets and even to brush their teeth, they told CNN’s Ryan Young.

“We are constantly paying water bills, and we can’t use the water,” Jackson resident Corean Wheeler said. “We feel like we are living in a third world country in America, and that’s kind of bad.”

Schools switched to virtual learning as of Tuesday, and a medical center was without air conditioning because of a lack of water pressure to feed its chillers, the University of Mississippi Medical Center said Tuesday.

The governor declared an emergency, and the National Guard was deployed to help distribute water. On Thursday, the state opened seven distribution sites, adding to those operated by the city.

Residents who were getting discolored water from their taps were told it should be used for showering or washing hands only and not for drinking or cooking.

“Please make sure in the shower that your mouth is not open,” Craig told residents.

An unreliable water supply is nothing new to Jacksonians. The city’s water system in early 2020 failed an Environmental Protection Agency inspection, which found the drinking water had the potential to be host to harmful bacteria or parasites.

Residents were without water for a month when pipes froze and burst during a 2021 winter storm. And the late July boil-water advisory remains in effect.

The problems are largely systemic — old and leaky pipes, malfunctions at treatment plants and insufficient money to fix the problems, according to a report by the Mississippi Center for Investigative Reporting that the Clarion Ledger published in January.

Staffing at the plant also has been a problem, according to Reeves and Jackson Mayor Chokwe Antar Lumumba.

“This is something that has been occurring for years, but sometimes it takes these catastrophes to make sure that this disaster comes to light,” Mississippi state Rep. Ronnie Crudup Jr., of Jackson, told CNN this week.

The EPA and the city entered into an agreement last year to address “long-term challenges and make needed improvements to the drinking water system.” And that agency recently announced $74.9 million in federal water and sewer infrastructure funds for Mississippi, though $2 billion is needed for the work, the mayor has said.

Advocates have pointed to systemic and environmental racism as among the causes of Jackson’s ongoing water issues and lack of resources to address them. About 82.5% of Jackson’s population identifies as Black or African American, according to census data.

Cities like Jackson suffer the “benign neglect” of those in power, Catherine Coleman Flowers, founder of the Center for Rural Enterprise and Environmental Justice, told CNN in April. “I am concerned that it’s just another symbol of what I call one of the relatives of the Confederacy where communities that need help are not given the help, especially if they’re marginalized or communities of color.”