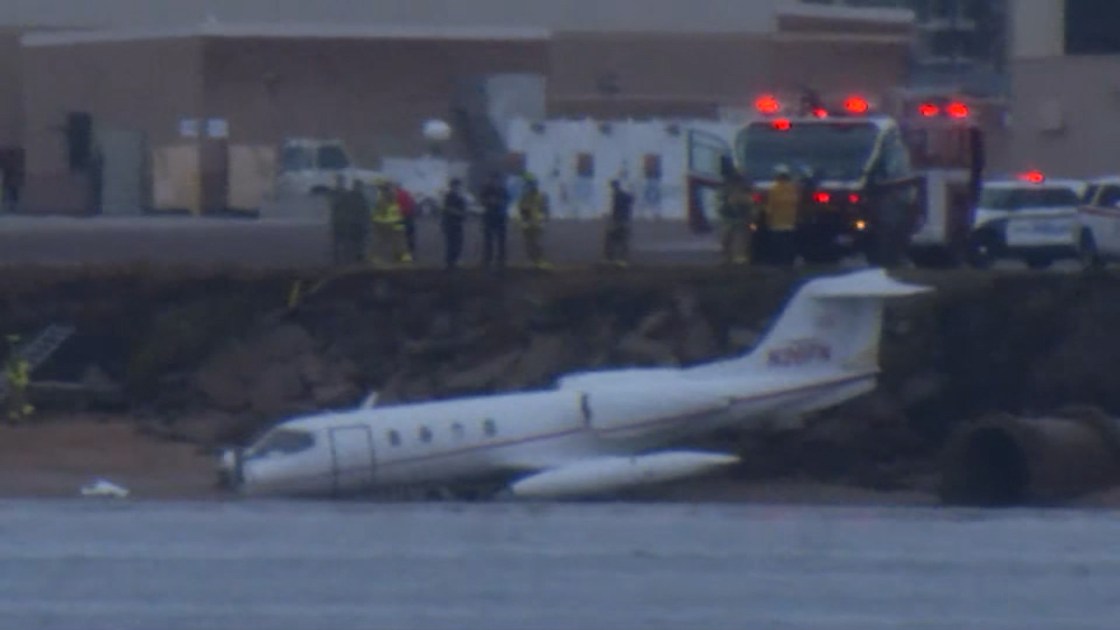 (CNS) – A civilian aircraft crashed off a runway at Naval Air Station North Island Friday, coming to rest on the San Diego Bay shoreline at the edge of the water.

The aviation accident, involving a plane operated by a military contractor, occurred about 1:15 p.m., base spokesman Kevin Dixon said.

There were no reports of injuries.

It was unclear what caused the crash, which took place at the northern end of the runway, Dixon said. The airplane, which wound up stuck on a thin, sandy beach, appeared to have sustained minor damage in the accident, he said.