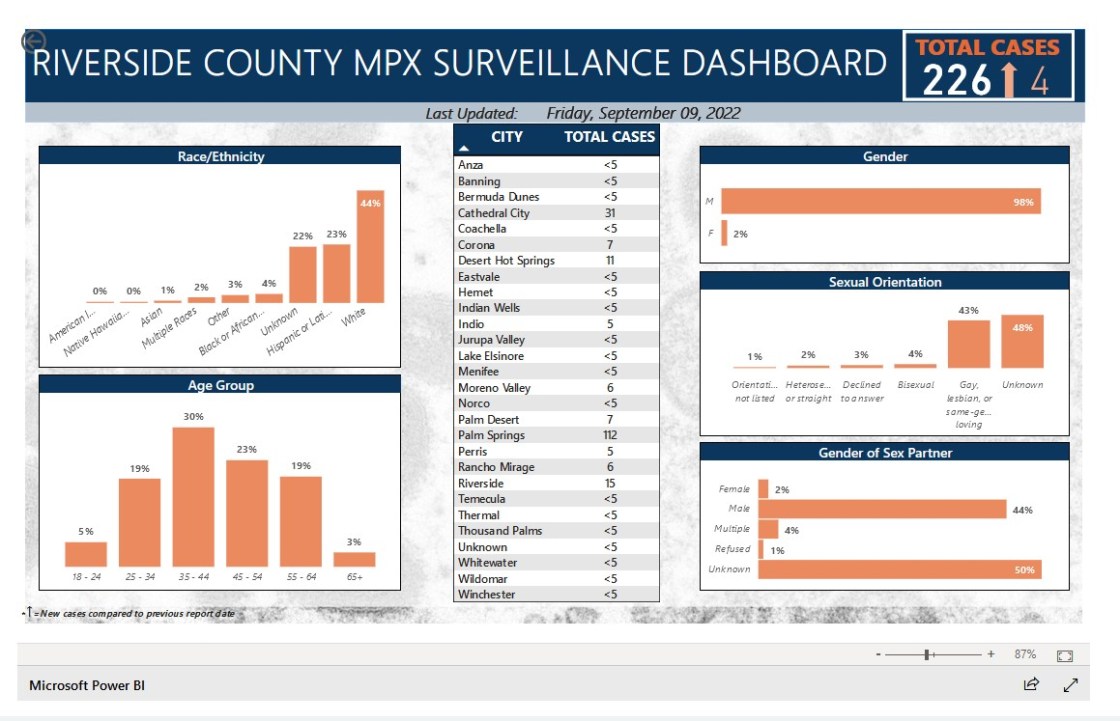 Last Friday, the number of cases in the county was 198, up from 165 the previous week.

A total of 112 probable or confirmed monkeypox cases have been reported in Palm Springs, making up almost half of the county’s aggregate count of 226, according to the latest Riverside University Health System data.

The county’s first probable or confirmed case in a female was reported in mid-August. Its monkeypox statistics are available online at http://www.rivcoph.org/mpx/Data — a dashboard that shares a breakdown of cases in the county with city-by-city data and more.

According to the latest RUHS data, the county has received a total of 7,304 doses of the monkeypox vaccine and a cumulative of 6,611 doses across have been administered across the county.

A total of 4,140 monkeypox cases have been confirmed in California — the highest of any state — while nationwide, the aggregate count is 21,504, according to the latest CDC data.