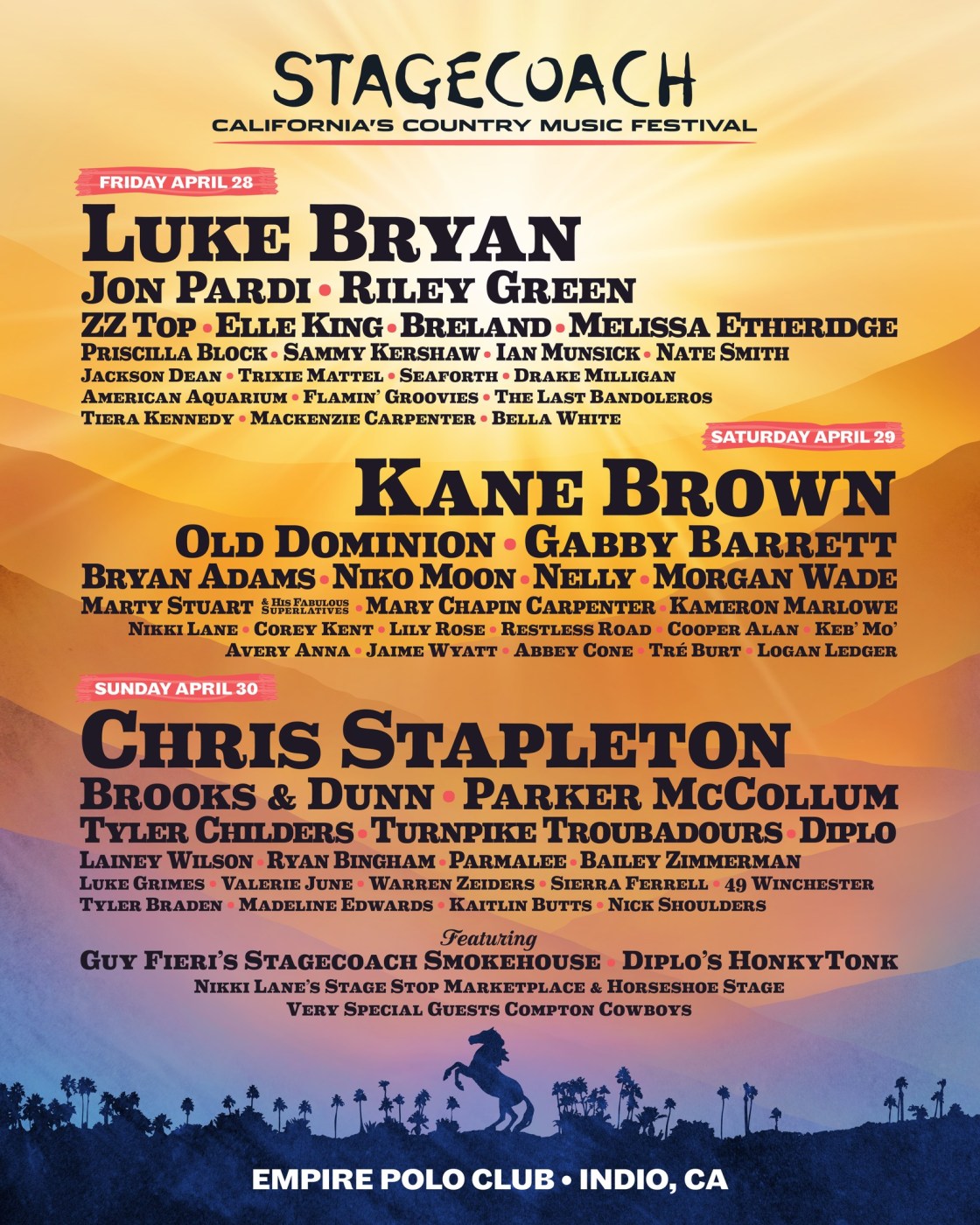 Other artist include ZZ Top, Nelly, Diplo and Breland; which shows the country music festival’s crossover with rock and hip-hop in recent years.

Guy Fieri will return with BBQ eats with the Stagecoach Smokehouse.

Country music fans will return to the Indio Polo Grounds April 18 -30, for the annual event.

More information on ticket and package prices can be found here.