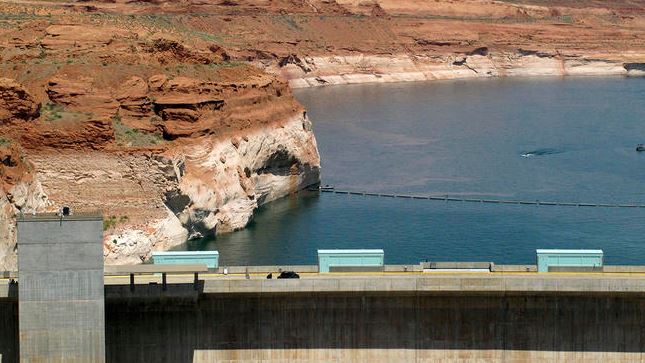 Water cuts could be coming to the Golden State.

“Right now there are currently no cuts in California, however, it’s being discussed,” said Robert Schettler, Public Information Officer for the Imperial Irrigation District.

California is negotiating whether or not to voluntarily conserve hundreds of thousands of acre-feet of water due to the drought that’s stressing the Colorado River and its reservoir – Lake Mead.

The Imperial Irrigation District receives one of the largest shares of water in the state of California, and is expected to contribute the most water of the four agencies in the state.

The water district says they are already conserving half a million acre-feet of water.

But the question is –

Conserving water is essential, but it could have some negative impacts.

One of the ways officials are considering conserving water is by cutting back on productive farmland. The concern with this is the negative impact it may have on the imperial county economy.

“…But that is going to impact the imperial valley community. Right now, agriculture is our backbone of the economy. 1/6 jobs  are directly related to agriculture in imperial county.”

“Is not to compound a water problem with a food problem.”

Another concern is preserving the Salton Sea.

So – how can the state conserve water and also mitigate damage to the environment and to the economy?

Well, that’s what officials are trying to figure out right now.

“The next steps are to continue to negotiate to bring this to a finish line,” said Schettler. “The Colorado River is our only source of water, so we want to see the river succeed, we have to.”