Thermal Teacher Accused of Being Drunk in Classroom 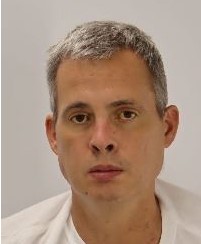 (CNS) – A 44-year-old teacher suspected of being drunk while teaching children was free from jail Tuesday.

Brian Dennis Nichols of Palm Springs was arrested Monday morning on suspicion of public intoxication, possession of alcohol on school grounds and child endangerment, according to Sgt. Nicolas Lingle of the Riverside County Sheriff’s Department.

Deputies responded to a school in the 86100 block of Avenue 66 at about 10:20 a.m. Monday to reports of an intoxicated teacher on a school campus, Lingle said.

“The name of the school will not be disclosed by our agency,” Sgt. Edward Soto with the sheriff’s department told City News Service. “The students were middle school-aged.”

Toro Canyon Middle School — along with Las Palmitas Elementary School and Desert Mirage High School — is located in the 86100 block of Avenue 66 in Thermal.

Nichols posted $35,000 bail and was released from the John J. Benoit Detention Center the same day, according to inmate records. He’s expected to be arraigned at the Larson Justice Center in Indio on Dec. 7.

Anyone with information about the incident was asked to call Deputy Martinez with the sheriff’s Thermal Station at 760-863-8990 or Valley Crime Stoppers at 760-341-7867 anonymously.