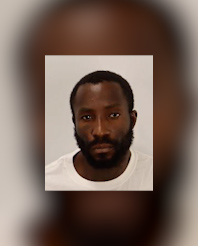 (CNS) – A man on probation who is suspected of committing a robbery in La Quinta pleaded not guilty Wednesday.

Argelio Maurice Reed, 32, of Indio was charged with one felony count of robbery and one misdemeanor count of trespassing and refusing to leave a property, according to court records.

He pleaded not guilty to both counts at the Larson Justice Center in Indio Wednesday afternoon.

Deputies from the Riverside County Sheriff’s Department’s Thermal station responded at 7:19 p.m. Saturday to reports of a robbery at a business in the 79200 block of Highway 111, according to Sgt. David Smith. It’s alleged that Reed threatened employees from a La Quinta business with a knife and stole property.

After he was identified as a suspect, members of the La Quinta Enforcement Team found Reed on Monday in the 46900 block of Jefferson Street, where he was allegedly in possession of the stolen property, authorities said.

He was booked into the John J. Benoit Detention Center in Indio and was being held on $50,000 bail.

Reed had a warrant for his arrest issued on Thursday for a shoplifting charge, according to court records. He also has one prior conviction in Riverside County for a misdemeanor count of vandalism.

Anyone with information about the incident was asked to call the sheriff’s Thermal station at 760-863-8990. Anonymous tips can be called into Crime Stoppers at 800-222-8477 or submitted online at lacrimestoppers.org.