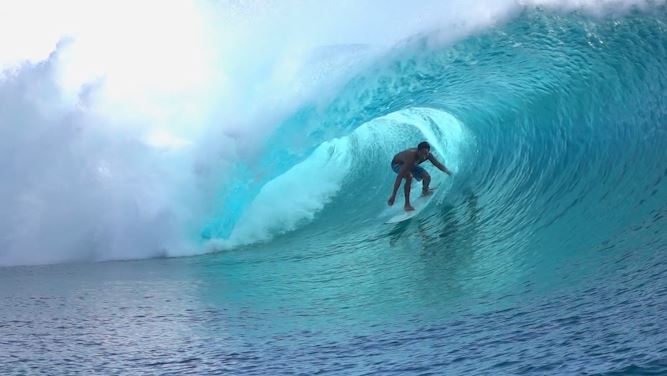 “We feel if the city council really listens to us, that there can be no way that they can approve this wave pool,” Alena Callimanis with La Quinta Residents for Responsible Development said.

And opponents of the project are anxious.

We know we have so many things that are going to dispute the developers’ studies,” Callimanis continued. “We’re very nervous about the potential outcome.”

Their biggest concern remains the same: water use.

“The 18 million gallons is still our biggest concern, because the site is fed by the Colorado River water. Whether it’s coming from the aquifer, which is filtered and is our drinking water, or if it comes from the Coachella Canal, it’s still Colorado River water. You know what kind of crisis it’s in right now,” Callimanis added.

Last month, developers of the resort made adjustments to the project including reducing the wave basin from 18.5 to 12 acres.

According to Callimanis, they’ve done something else to the basin.

“They have not reduced the size of the wave pool one inch. What they’ve done is put in platforms within the wave that they are seeing decreases the surface area, and evaporation is calculated by surface area. Anytime water goes over a surface, it’s subjected to evaporation,” she explained.

Another adjustment developers made was lowering the light poles from 80 to 40 feet to help reduce light pollution.

“One of the reasons we’re standing here is because we did a balloon test, but our point was to try to show you can still see it,” Callimanis said. “You can see how elevated we are and we have perfect views of Coral Mountain from here. So it is obvious that the light will impact these people. We’ll see the glow, the reflection off the water, the reflection of the particulates in the air in the desert, they will see a glow. These developments all around will see a glow.”

For opponents like Callimanis, the best development for that site wouldn’t include a wave pool.

“My ideal situation would be a development that has a patio so these people can sit out and look at the stars,” she shared. “Yesterday, the Milky Way was right over my house, and that’s going to disappear if this is going to happen. Can you imagine these people being able to sit and look at the Milky Way from their backyards? This would be the best place to live in a normal, family oriented, without a surf park, development.”

La Quinta City Council’s Special Meeting will be this Wednesday at 4 p.m.

Make sure to tune in tomorrow where we hear from the developer and local supporters of this project.