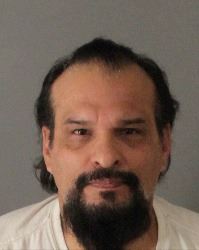 (CNS) – A convicted sex offender who killed a convicted murderer in a cell at the Robert Presley Detention Center pleaded guilty Monday to first-degree murder and was immediately sentenced to 75 years to life in state prison.

Rodney Ronald Sanchez, 61, admitted the murder count, as well as four prior strikes during his arraignment at the Southwest Justice Center in Murrieta.

Sanchez dismissed his court-appointed attorney and entered the guilty plea while appearing before Superior Court Albert Wojcik. The plea was made directly to the judge, without input or objection from the District Attorney’s Office.

Sanchez was arrested inside the Robert Presley Detention Center in downtown Riverside on Sept. 6 following a sheriff’s investigation into the death of his cellmate, 41-year-old Kaushal Niroula.

According to sheriff’s Sgt. Richard Carroll, about 2:30 that afternoon, correctional deputies were alerted to an “unresponsive inmate” in a cell.

Deputies and medical staff found Niroula unconscious and attempted life-saving measures, which county fire paramedics took over a short time later, Carroll said. However, he was pronounced dead at the scene.

A possible motive, and the specific means by which the deadly assault occurred, were not disclosed.

Sanchez had been originally jailed more than five years ago, and since that time, he has been awaiting trial on multiple charges of repeatedly sexually assaulting a Riverside area girl under 14 years old in 2009 and 2010, according to court records.

That case has not been disposed, and the District Attorney’s Office intends to move ahead with prosecution, requiring Sanchez to remain held without bail at the Robert Presley Detention Center.

Sanchez has prior convictions for forcible sodomy of a child, robbery, kidnapping, failing to register as a sex offender, vandalism and resisting arrest.

Niroula was convicted with three other men in 2012 of the financially motivated slaying four years earlier of a wealthy Palm Springs retiree.

However, like several of his co-defendants, Niroula was granted a retrial due to alleged judicial misconduct in his first trial.

Niroula was slated to appear for a pretrial conference over a week ago. However, the judge in his case dismissed all counts and voided the trial calendar after confirming he was dead.