(CNS) – An 18-year-old man was behind bars Thursday for allegedly sexually assaulting a 15-year-old girl in Thermal while giving her a ride home.

Richard Beltran Ortega of Indio was arrested Wednesday on suspicion of kidnapping with the intent of committing a sexual act, false imprisonment and additional sexual related crimes, according to Sgt. David Aldrich from the Riverside County Sheriff’s Department.

Aldrich said that deputies responded to the 83800 block of Airport Boulevard on the morning of May 18 in reference to a girl who was allegedly sexually assaulted by Beltran. 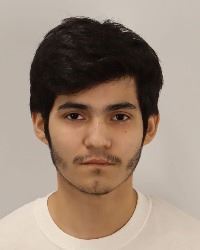 Beltran was giving the girl a ride home when he allegedly sexually assaulted her, Aldrich said. She attempted to get out of the vehicle but struggled, and the suspect allegedly drove her to another location.

She escaped after Beltran allegedly sexually assaulted her twice, according to Aldrich. She reported the incident and was subsequently taken to a hospital for treatment of injuries.

Ortega was identified as the suspect on Wednesday afternoon and was arrested in the 83100 block of Albion Drive in Indio.

He was booked into the John J. Benoit Detention Center and held on $1 million bail.

Anyone with information on the incident was asked to contact Investigator Torres of the Thermal sheriff’s station at 760-863-8461.