Hours Long Standoff Results in One Dead in La Quinta 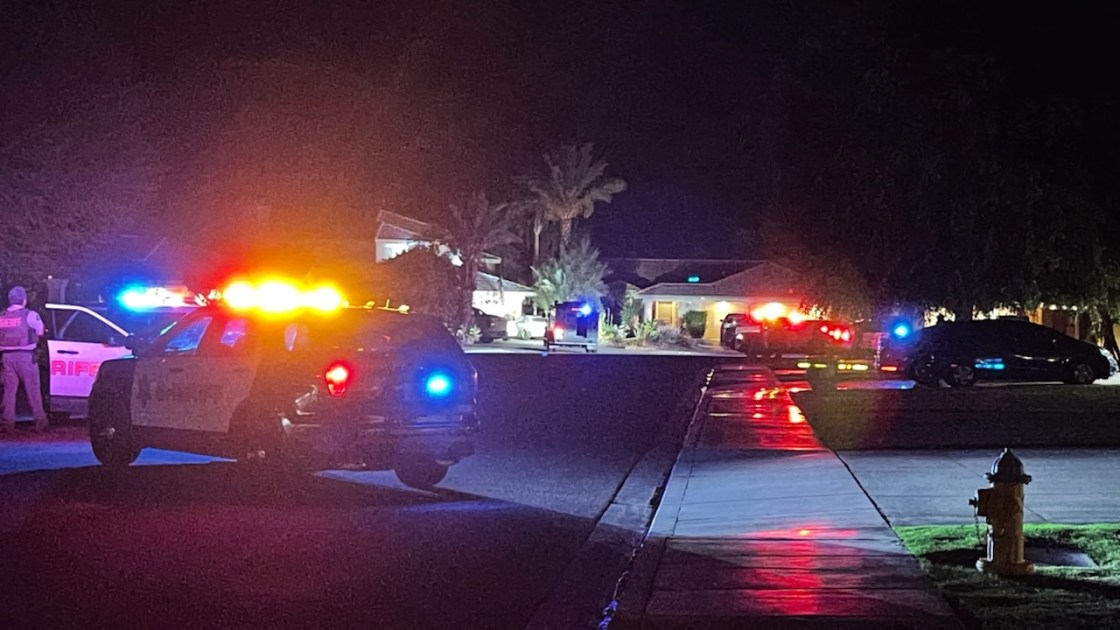 One person is dead in North La Quinta after an overnight standoff ends early Tuesday morning.

Deputies with the Riverside County Sheriff’s Department responded to an assault with a gun in the 78800 block of West Harland Drive Monday night around 7:36 p.m.

Authorities say two people in the home were shot at, but not injured by the suspect.

The people were able to leave the home without injury and contact law enforcement, according to Sgt. Brandi Swan with the Riverside County Sheriff’s Office.

The suspect was reported to be acting paranoid.

Around 8:45 p.m. a Bearcat and SWAT team arrived to the residence. At that time, deputies surrounded the home and started negotiations with the suspect.

He refused to exit according to deputies.

Near 1 a.m. Tuesday the Riverside County Special Enforcement Bureau executed a search warrant and entered the residence, the suspect was found deceased inside from a self-inflicted gunshot wound.

There are no outstanding suspects and the victims are not injured.

The identity of the male suspect and his relation to the people who left the house are unknown.

Anyone with information is encouraged to contact Deputy Lee of the Thermal Station at 760-863-8990.