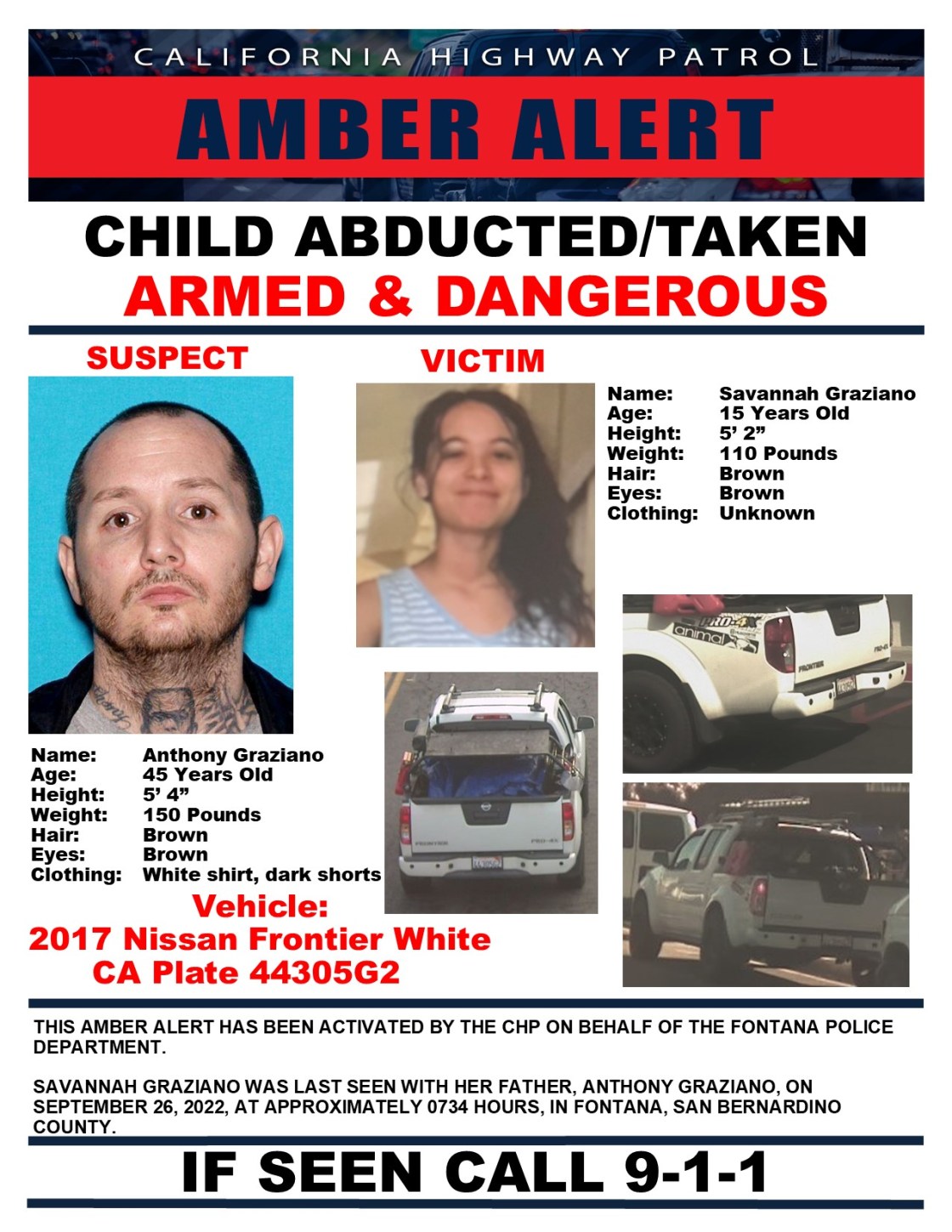 An Amber Alert has been issued for a 15-year-old Fontana girl.

Authorities believe she is still with her father Anthony Graziano. He is considered armed and dangerous.

The pair was last seen in a 2017 white Nissan Frontier pickup truck with a black rack in the bed and tool box. Anthony Graziano is described as a white or Hispanic man, with brown hair and brown eyes, 5 feet 4 inches tall, weighing approximately 150 pounds, according to California Highway Patrol.

The vehicle has a California license plate 44305G2.

If anyone sees or has seen the vehicle or the pair they are urged to call 911.