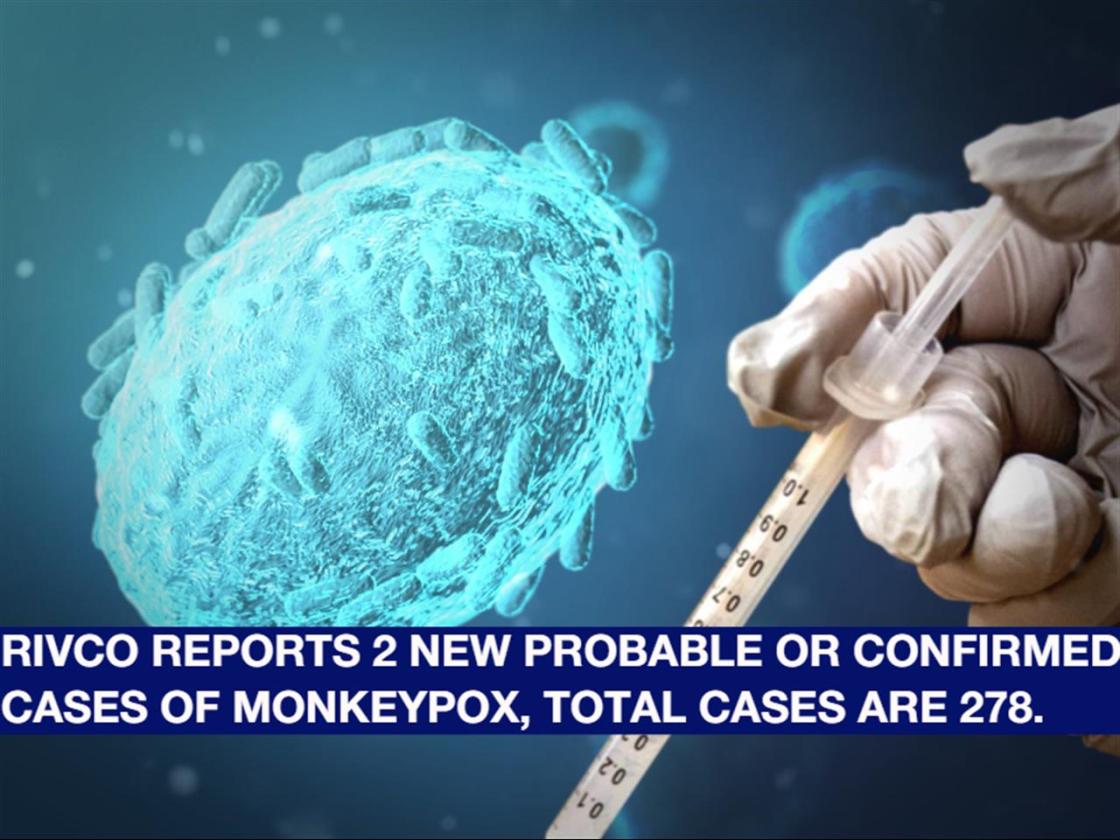 Last Monday, the number of cases in the county was 256, up from 234 the previous week.

A total of 129 probable or confirmed monkeypox cases have been reported in Palm Springs, making up almost half of the county’s aggregate count, according to the latest RUHS data.

The county’s first probable or confirmed case in a female was reported in August. The first pediatric case was reported mid-September.

County monkeypox statistics are available at http://www.rivcoph.org/mpx/Data – – a dashboard that shares a breakdown of cases in the county with city-by- city data and more.

Riverside County has distributed 75% of its allotment of vaccine doses to DAP Health, Eisenhower Medical Center, Borrego Health and RUHS’ EIP clinic in the Coachella Valley from the county’s limited supply, the RUHS announced last month.

According to the latest RUHS data, the county has administered a total of 10,890 doses in Riverside County.

A total of 4,886 monkeypox cases have been confirmed in California — the highest of any state — while nationwide, the aggregate count is 25,155, according to the latest CDC data.