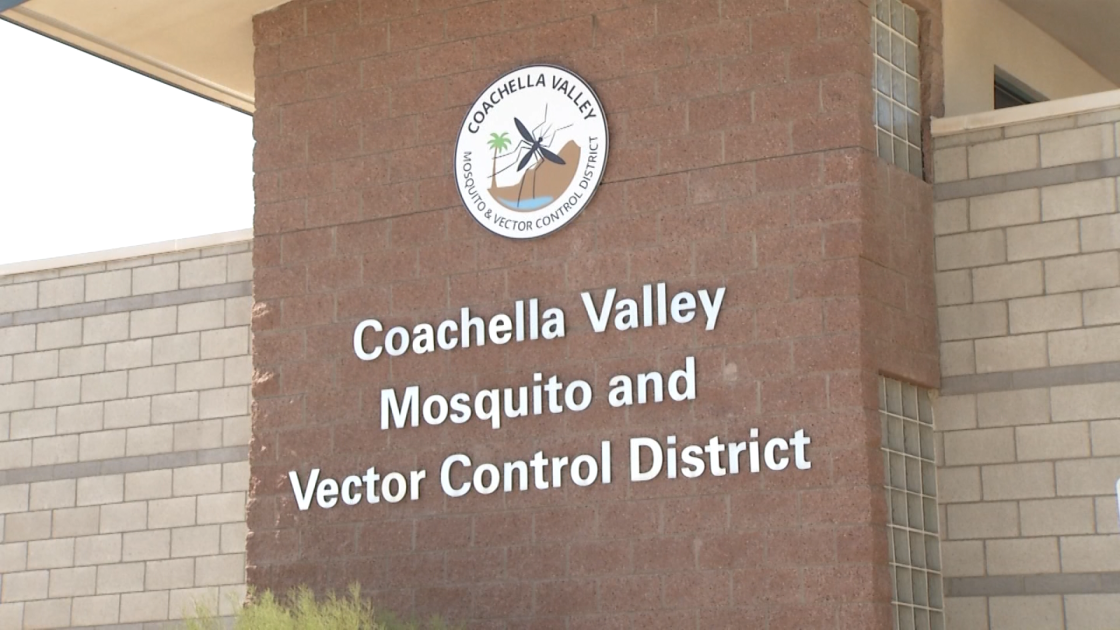 “West Nile virus is and can be a very dangerous disease so we’re telling people right now, just be careful when you go outside,” said Tammy Gordon, Public Information Manager for Coachella Valley Mosquito and Vector Control District.

At least 100 positive samples of the West Nile virus have been detected in the Coachella Valley so far this year.

“The current samples that we have are showing the Mecca area, so downtown Mecca. However, we have found samples in La Quinta, South La Quinta,” said Gordon.

West Nile virus is the leading cause of mosquito-borne disease in the United States, according to the CDC.

No human cases of the illness have been reported in the Coachella Valley, however, the state of california reports 69 positive cases of the virus this year.

The virus spreads when a female mosquito bites an infected bird. The carrier mosquito can then transmit the virus to humans.

WNV infected mosquitoes are fairly common in the valley, particularly in the Salton Sea area, the flyway location for birds.

“And it’s pretty common this time of year to find West Nile virus or other viruses,” said Gordon.

The Coachella Valley Mosquito and Vector Control District say they regularly test and sample for the West Nile virus as well as other viruses in Coachella Valley cities and unincorporated areas.

“I am going through a trap that we’ve collected from last night and I’m separating the mosquitoes. I will put 50 mosquitoes per vile and these will be tested here on site for West Nile virus as well as …. other viruses,” said Marc Kensington, Lab Assistant I.

If a sample comes back positive, the district will notify the area where the sample originated to take precautions, including limiting time outdoors.Virus

“As it cools down, we’ll probably still see quite a few samples through November or so, which is typical to this area, so we just want to remind people that repellant is really important. We love to enjoy the outdoors, but it’s important to remember that just one bite can transmit that disease so make sure you wear your repellent and long sleeves,” said Gordon.