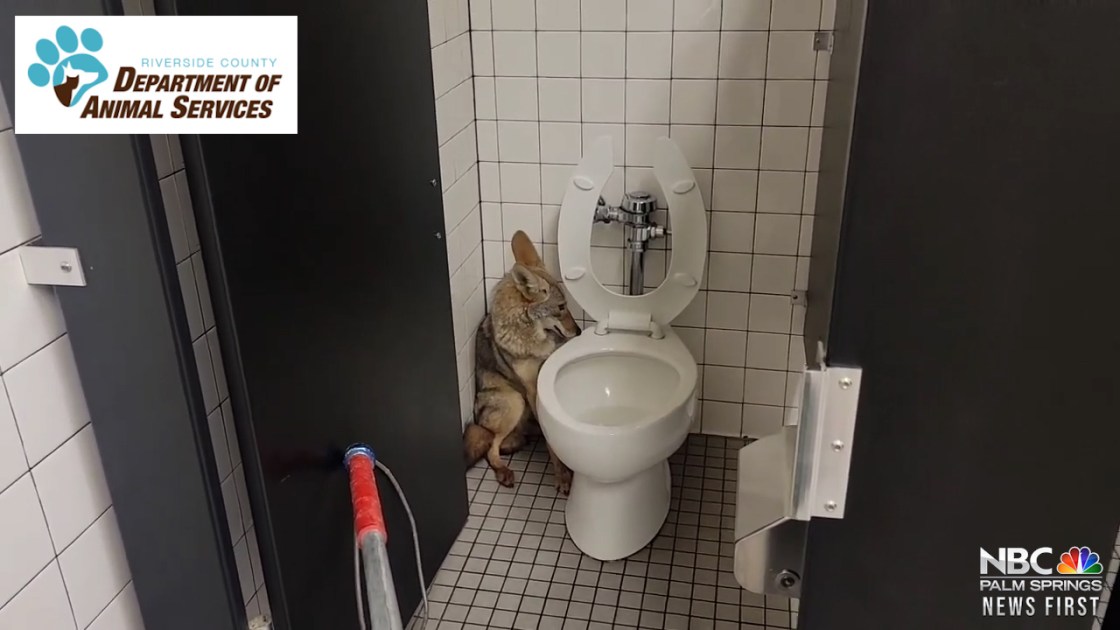 JURUPA VALLEY (CNS) – A young coyote wandered onto a Jurupa Valley campus Monday and darted into a restroom, where he tried to hide in a stall before he was caught and returned to the wild.

The nearly year-old male coyote was spotted by staff at Mission Middle School walking the grounds before classes began, and when the animal was approached, he ran into a building, taking refuge in the bathroom, according to the Jurupa Unified School District.

Welsh said that prior to Luna’s arrival, campus staff cordoned off the bathroom for children’s safety.

Luna found the frightened coyote backed into a stall, trying to crouch behind a toilet, and he snared it with a control device, depositing the animal into a cage, according to Welsh.

Welsh said the coyote was transported to rural open space and freed, quickly scurrying out of sight.

“We are pleased that this incident was smooth and all the children were OK, and we were able to get the coyote back to its more natural habitat,” Department of Animal Services Director Erin Gettis said. “There are dedicated wildlife corridors and other open spaces, such as green belts, and these are areas where animals live. Due to population adjacent to these natural spaces, we are going to have encounters.”

School officials said the coyote had been seen on previous occasions skirting the campus, but never venturing inside.

It was unknown whether the animal was seeking rubbish to eat, or what else might have drawn him onto the property.