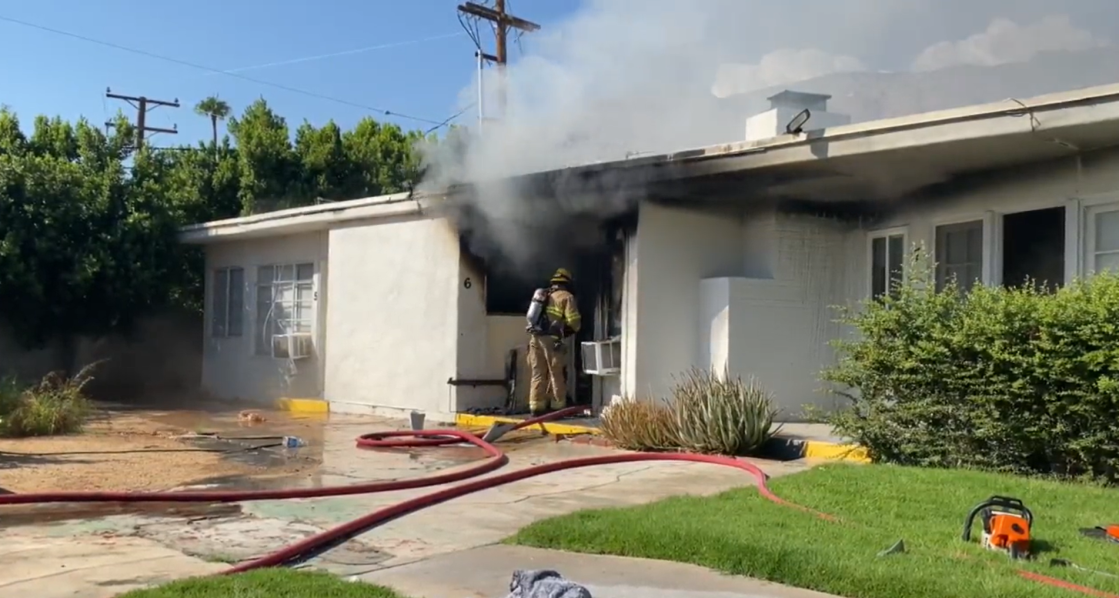 PALM SPRINGS (CNS) – Two people were critically injured in a fire that
damaged a Palm Springs apartment building today, and a firefighter suffered
a minor injury while helping to douse the blaze.

ALERT- Fire units are currently on the scene of a working apartment complex fire in the 200 block of Tamarisk. 2 critical patients were located and treated on scene, both were transported to Desert Regional Medical Center. 1 minor injury to a firefighter pic.twitter.com/jZKImQyIkI

Fire crews responded around 10:20 a.m. to the blaze in the apartment
building at 275 Tamarisk Road.

“Red Cross has been called in and we’re probably going to have a
total of nine units that will probably all require housing,” Gunkel said.
“Three (units) were fire damaged but because of power and other issues that
support the whole apartment complex, all nine may need housing.”

No other information was immediately available.