Haboob Rolls Through Coachella Valley, A Look at the Aftermath 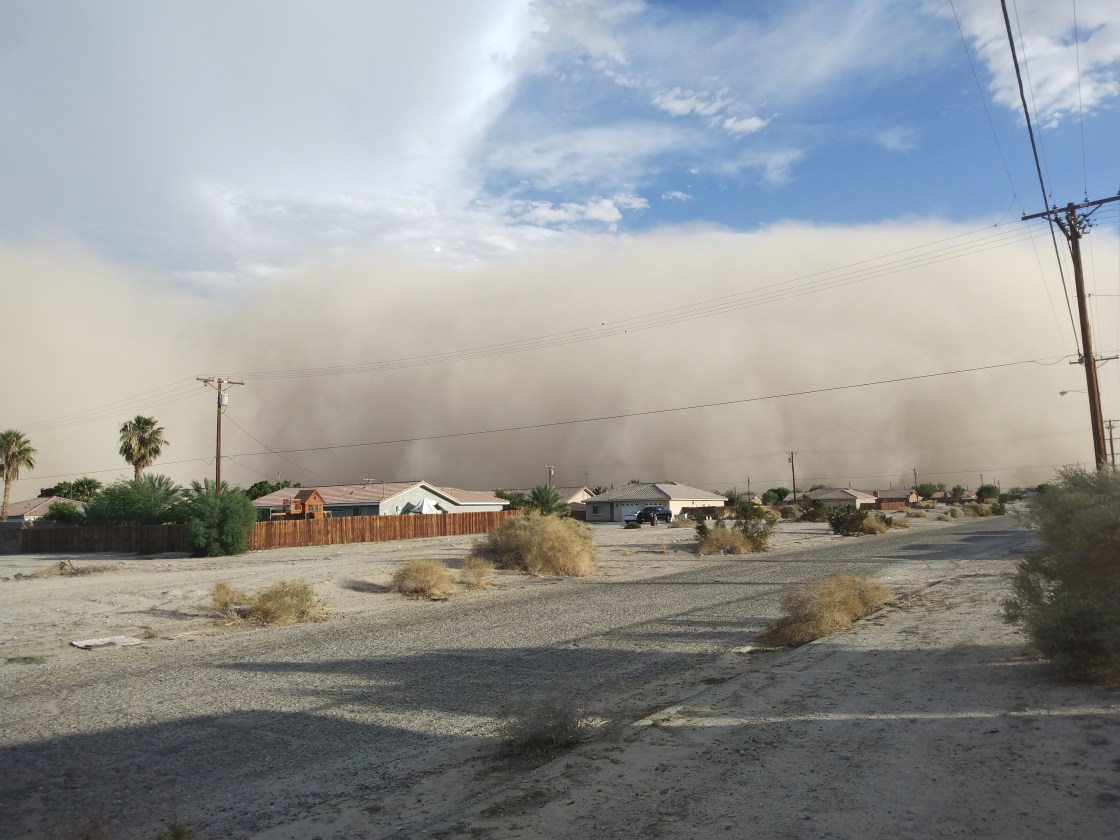 If you woke up with a layer of dust on your car and patio furniture, you’re not alone.

“It compared with Saint Helens when it blew and we got the ash,” Warren Cox from Oregon said. “It was unbelievable.”

From blue skies and white clouds to a wall of sand taking over the horizon.

A sight we don’t often see here in the desert.

“It was moving toward us and I said, ‘We need to go in the house, there’s a dust storm,’” Cox continued. “We went in, we shut the door and it hit. We couldn’t see 20 feet across the golf course.”

This was a haboob, a result from a lightning storm in the northern part of Mexico, bringing those winds and all that dust.

Thursday, the storm was moving at 10 miles per hour, creating only a quarter mile of visibility.

And that dust still lingers.

“I was shocked driving in,” Liv Johnson from Fresno said. “Usually Palm Springs is pretty clear. It seemed like there was a dust storm that rolled through. I was thinking about doing a hike but I don’t know if I’ll do that any more.”

Throughout the day, that dust spread west reaching all the way to the LA/Riverside County line, making it even more important to keep checking the air quality index.

“You want to minimize how much of this dust you breathe,” Dr. Scott Epstein, Program Supervisor for South Coast Air Quality Management District, said. “The best thing to do is stay inside with your windows and doors closed, run your air conditioning, or an air purifier if you have one. If you can’t, you want to avoid things that bring outside air into your house.”

“It could be pretty dangerous,” Phil Yanez from Arizona shared. “If you’re driving on the freeway, they talk about pulling over and keeping your foot off the brake. You literally can’t see in front of you.”

“People that are in sensitive groups such as older adults, children, pregnant women, people with pre existing health issues need to be extra careful,” Dr. Epstein continued. “Breathing high levels of dust can cause things like asthma attacks, it can worsen heart or lung disease symptoms and can actually even make you more susceptible to respiratory infections.”

So, when will this dust disappear?

“We’re hoping that by tomorrow, the air will be relatively back to normal but unfortunately there’s no guarantee,” Dr. Epstein explained.

The dust advisory was initially issued from 9 a.m. to 6 p.m. Friday, but has been extended until Saturday morning at 6 a.m.

The advisory has expanded to cover the Coachella Valley, Eastern Riverside County and much of the Inland Empire.

To view the AQI in your area, click here.