Father Arrested After Allegedly Driving Under the Influence 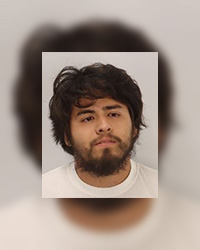 (CNS) – A father was arrested Sunday for allegedly driving under the influence and endangering his child, authorities announced.

Deputies from the Riverside County Sheriff’s Department in Coachella responded to a report of a traffic collision near Tyler Street and Avenue 53 at around 12:30 a.m. Sunday.

Deputies located a white pick-up truck that crashed into a fence and a light post. They allegedly found that Alexander Felix, 22, of Coachella was driving under the influence of alcohol when he hit the light post and fence.

Felix’s two-year-old son was also inside the vehicle, allegedly unrestrained at the time of collision. The child suffered minor injuries and was taken to a hospital. No other injuries were reported.

Anyone with additional information about the incident was encouraged to contact Deputy Williams at the sheriff’s Thermal station at 760-863-8990.