Juveniles Among People Arrested After Multiple Shootings in Thermal 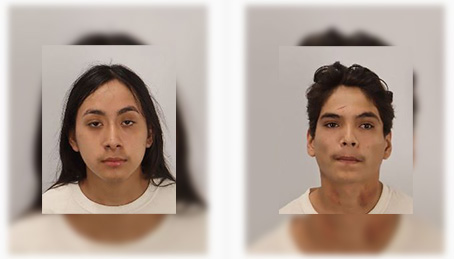 (CNS)- A shooting in Thermal resulted in four arrests including two juveniles, and two other juveniles involved in the shooting were treated at a hospital for non-life-threatening injuries, authorities said Saturday.

Deputies from the Riverside County Sheriff’s Department’s Thermal station responded to a report of a shooting in the 63000 block of Landon Lane at about 3:10 p.m. on Oct. 1.

The victims described the suspect vehicle as an early 2000 model Chevrolet pickup. While deputies investigated the shooting, dispatch received another call regarding a shooting between occupants of a blue Chevy pickup and a red four-door sedan in the parking lot of a local market in the 65000 block of Harrison Street in Thermal, according to authorities.

While responding to the second shooting, deputies located the four- door sedan, but the occupants had fled on foot after allegedly colliding with a power pole near Avenue 66 and Van Buren Street. Deputies conducted a search of the area and located Thermal residents Michael Vega, 18, and Landon Torres, 18, along with two other male juveniles.

All four males were detained with no incident.

Less than an hour later, at 3:58 p.m., dispatch received another call for service regarding two juvenile males who arrived at a local hospital with gunshot wounds. Deputies determined that the two juveniles at the hospital were the suspected occupants of the Chevy pickup involved in the shootings.

According to the sheriff’s department, on Oct. 4, members of the Southern Coachella Valley Community Services District Team arrested a 13-year- old male juvenile who was later determined to be an occupant of the blue Chevy pickup.

On Oct. 7, members of the same team along with the Coachella Community Action Team served a weapons-related search warrant in the 76000 block of Pierce Street in Thermal and arrested a 15-year-old and a 16-year-old. Both males were arrested on suspicion of attempted murder.

Anyone with additional information about any of the incidents was encouraged to contact Deputy J. Zazueta of the Thermal station at 760-272-8367.