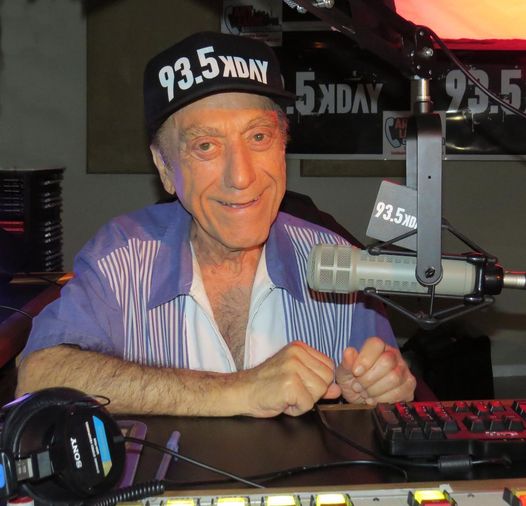 Laboe died Friday at his home in Palm Springs, following a bout with pneumonia, according to Joanna Morones of Laboe’s production company. She said plans for a memorial will be announced later.

On Tuesday, flowers will be placed on Laboe’s star on the Hollywood Walk of Fame.

The radio legend is credited with pioneering industry standards such as audience requests and song dedications, and he is believed to be the first DJ to play rock ‘n roll tunes on Los Angeles radio. He was also among the first DJs to play music by both Black and white artists, and he built a major following among Latino communities across the region.

His syndicated radio show, “The Art Laboe Connection,” still plays on stations in Los Angeles, Oxnard, Riverside and Palm Springs. Laboe was also known for his live concerts that attracted top acts, but were beloved by audiences simply for seeing the famed DJ in person.

Laboe began his career in San Francisco in the early 1940s, then bounced among a host of stations across the state, primarily in Southern California. But he started gracing the airwaves at age 13, when he started an amateur radio station from his bedroom.

By the mid-1950s, he was a staple on Los Angeles radio stations, broadcasting live from Scrivner’s Drive-In in Hollywood. Audience members would attend the shows in person to request songs and dedications. He later began hosting wildly popular dance shows in El Monte.

Over the years, his shows were heard on stations including KFWB, KXLA, KPOP, KDA, KPPC, KRTH, KRLA and KFI. His show has been syndicated since 1991.

He was inducted into the National Radio Hall of Fame in 2012.

“Art Laboe has fostered a rare relationship with his audience,” Josh Kun, a professor at the USC Annenberg School for Communication and Journalism, said in a statement released by Laboe’s company. “He has always treated people with respect and taken them very seriously — not as a marketing demographic, not a source of potential advertising revenue, but he has taken them seriously as a community, and as individuals. When folks call in to his radio show, he listens to them. He doesn’t rush them off the air. Over the years, people have come to trust Art, and he’s earned their trust, and that’s why he’s so central to so many people’s lives.”

Laboe, who was twice divorced, was preceded in death by two sons, three sisters and a brother.