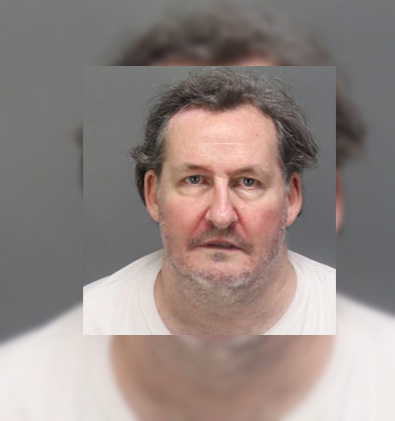 (CNS) – A Los Angeles man suspected of causing a fatal Palm Springs crash in July while under the influence pleaded not guilty to murder and other charges Wednesday.

Kevin Atteberry, 57, was charged with three felony counts, one each of murder, driving under the influence of alcohol causing great bodily injury and DUI of alcohol with .08% or more causing great bodily injury, as well as two misdemeanor counts, one each of a hit and run with property damage and driving with a suspended or revoked license, according to court records.

He pleaded not guilty to all charges Wednesday afternoon at the Larson Justice Center in Indio.

The fatal collision occurred around 9 p.m. on July 30 in the intersection of East Palm Canyon Drive and Sunrise Way, according to the Palm Springs Police Department. Atteberry was allegedly traveling south on Sunrise Way when his vehicle rear-ended another vehicle stopped at the intersection.

Police said the driver of the rear-ended vehicle, Burbank resident Erik Verdian, died at the scene. A passenger in Verdian’s vehicle and Atteberry were taken to a hospital with serious injuries.

The impact caused a chain-reaction crash with two other vehicles stopped in the intersection, though no other injuries were reported.

According to police, Atteberry had a prior DUI conviction and also was suspected of causing a hit-and-run crash at the intersection of Ramon Road and Sunrise Way before the fatal crash.

After over two months of hospitalization, Atteberry was released Sunday afternoon from medical care and surrendered at the police department, according to authorities.

He was booked into the Larry D. Smith Correctional Facility in Banning and bail was set at $2 million.