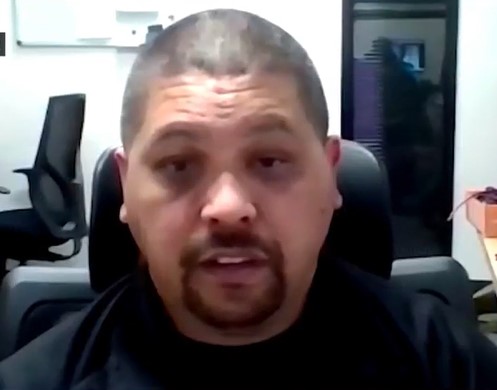 (CNS) – An alleged bounty hunter who authorities said was on the lam on allegations of unlawfully detaining two people and burglarizing a home in San Diego County earlier this year has been arrested in Riverside County on assault charges that also stem from his work as a bounty hunter.

Jesse Wagner, 47, who was described by authorities last week as a fugitive who owns the bounty hunting company Fugitive Warrants, was booked into the Robert Presley Detention Center in Riverside on Tuesday, jail records show.

Riverside County prosecutors charged him last year with assault with a deadly weapon, possession of body armor while having a previous violent felony conviction and being a felon while possessing a stun gun.

According to court documents, Wagner is accused of assaulting and repeatedly Tasing a man in Riverside while he and others sought a fugitive.

According to a declaration authored by a Riverside police detective, Wagner and others were in Riverside on Sept. 24, 2020, seeking a man who was out of custody on bail and had cut off his GPS bracelet, but ended up ramming a different man’s vehicle, dragging the victim out of his car, then punching and Tasing him multiple times.

Wagner told police that while seeking the fugitive, whose mother lived in the area where the incident occurred, he saw the alleged victim point a gun at the bounty hunters, then later toss the firearm out of his car window. Wagner said the fugitive they were pursuing was in the passenger seat of the car, but was dropped off at some point.

After stopping the alleged victim’s vehicle, Wagner said he approached the car and saw the man reach toward the side of his car seat “as if reaching for a gun,” prompting Wagner to Taser him. One of the other bounty hunters told police that no gun was ever seen and “he thought (Wagner) was telling the officer that to create a scenario/excuse to justify what he did,” the declaration states.

In a news release issued last week, the California Department of Insurance described Wagner as a fugitive in a San Diego County case in which he and others allegedly arrested a fugitive in National City on June 10, then burglarized his home.

The department said Wagner and his co-defendants then tracked down their suspect’s girlfriend, who was not wanted for any crimes.

While she was in a car being driven by her father, the defendants allegedly made a traffic stop on the car, then took the girlfriend and her father back to her house. Wagner and his team “falsely imprisoned them in an attempt to locate the fugitive’s firearms,” according to the Department of Insurance.

Wagner, who also has a 2006 robbery conviction out of San Bernardino County, faces charges in San Diego County that include kidnapping, false imprisonment, and burglary. He’s also due in a Riverside courtroom on Nov. 30 in his other case.

Last week the department announced the arrests of two of Wagner’s co- defendants, Daniel Johnathan Hawks, 42, and Annette Bianca Garcia, 35, both of whom are accused of taking part in the San Diego County incident. They pleaded not guilty in a Chula Vista courtroom last week.