A juvenile suspect is in custody after a shooting leaves 5 dead, at least 2 wounded in Raleigh, North Carolina, police say 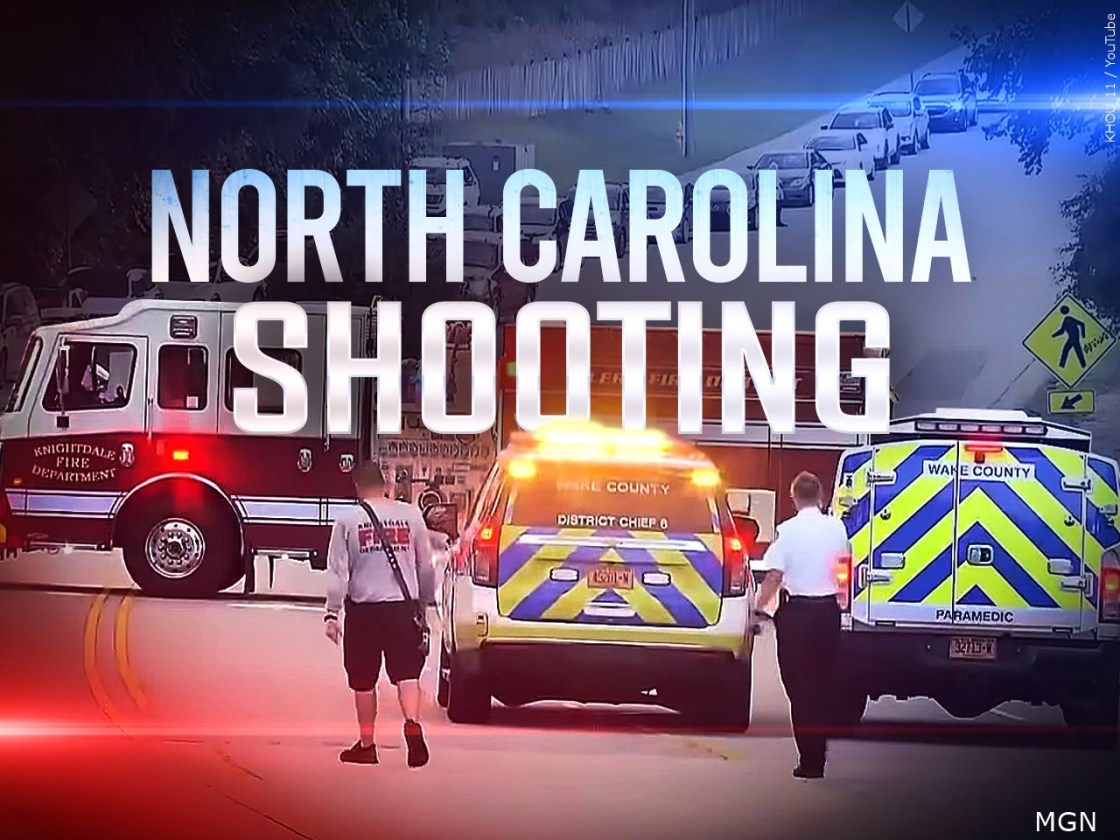 (CNN) — A 15-year-old suspect is in custody after five people were killed and at least two others wounded in a mass shooting Thursday in Raleigh that North Carolina’s governor called a “moment of unspeakable agony.”

A handgun and long gun were recovered after the shooting, during which the suspect wore camouflage and carried a camouflage backpack, according to a source with knowledge of the investigation.

One of the victims killed was an off-duty Raleigh police officer, Gabriel Torres, 29, who was on his way to work, authorities said.

The mass shooting came one day after two police officers were killed and another seriously wounded while responding to a call of a domestic disturbance in Bristol, Connecticut.

“Enough,” President Joe Biden said in a statement Friday. “We’ve grieved and prayed with too many families who have had to bear the terrible burden of these mass shootings.”

The President added, “We must pass an assault weapons ban. The American people support this commonsense action to get weapons of war off our streets.”

Officials offered few details about what happened in the quiet, middle-class Raleigh neighborhood but said the crime scene extended over two miles on streets and a popular greenway. It ended after a long standoff during which the shooter was critically wounded.

The other fatalities were identified as Nicole Conners, 52; Sue Karnatz, 49; Mary Marshal 35; and James Roger Thompson, 16.

A police officer who was injured has been released from a hospital and another victim, Marcille Lynn Gardner, 59, is in critical condition, according to Raleigh Police Chief Estella D. Patterson.

“My heart is heavy, because we don’t have answers as to why this tragedy occurred,” Patterson said.

‘We had plans together for growing old’

“We will miss her greatly,” he said in a statement to CNN.

In a Facebook tribute, he wrote Friday: “We had plans together for growing old. Always together. Now those plans are laid to waste.”

Karnatz’s father, Dave Butler, described her as a soft spoken and well-liked woman who ran marathons and home schooled her three sons. A psychologist by training, Karnatz ran the 2013 Boston Marathon and had completed the race at the time of the terrorist bombing, according to Butler.

“She was a wonder daughter and a wonderful person and everyone liked her,” he said.

‘Life hasn’t even begun for him’

Christine Hines said she was having yard work done at her home Thursday afternoon when the gunfire erupted. Sirens blared. An officer yelled at her to get back in the house when she went to close the patio door, she said.

“I want to leave the area and then I have to consider that there’s really no perfect place,” Hines said. “And this is as close as I have seen, but I’m not sure if I want to stay.”

Hines recalled seeing Sue Karnatz earlier Thursday. They walked their dogs about the same time each day on opposite sides of the street because the pets don’t get along. Knowing her neighbor is gone, Hines said, feels like her heart had been pierced.

Of the teen suspect, Hines lamented: “Life hasn’t even begun for him.”

Another resident, who stood with her 15-year-old daughter and asked not to be identified, said police cars, ambulances and fire trucks were descending when a neighbor approached.

“She had seen a ghost,” the resident said. “She comes towards us, and I’m, like, what happened, and she said, ‘I just witnessed my neighbor being shot in the driveway.’ She was completely in shock.”

An officer in an unmarked car told them there was an active shooter. They locked themselves in a bedroom, the resident said.

“I started crying,” her daughter recalled.

On Friday morning, the teen was crying again.

“Imagining what people are going through,” she said. “And the fact that it was so close to us. It could have been us.”

Knightdale High School principal Keith Richardson said in a statement that Thompson was a junior at the school. “It is an unexpected loss and we are saddened by it,” said Richardson, adding that counseling and crisis services were available for students and staff.

‘No one should feel this fear’

Gov. Roy Cooper, a Democrat, who joined police and city officials at a news conference Friday, called the rampage an “infuriating and tragic act of gun violence.”

“It was a complex mission, in a short amount of time, to stop the shooter,” said Cooper, praising the police response.

“We’re sad. We’re angry and we want to know the answers to all the questions,” Cooper added. “Those questions will be answered. Some today and more over time. But I think we all know the core truth: No neighborhood, no parent, no child, no grandparent, no one should feel this fear in their communities.”

Raleigh police spokesperson Lt. Jason Borneo identified the suspected shooter as a White juvenile male, and police have not released any other details about him.

The suspect was moved to a hospital after being taken into custody, CNN affiliate WRAL-TV reported. Officials did not say the extent of the suspect’s injuries. CNN has reached out to the hospital for further information.

The shooting began just after 5 p.m. in the neighborhood of Hedingham near the Neuse River Greenway, officials said. A manhunt ensued as authorities worked to apprehend the suspect.

Police “contained” the suspect around 8 p.m. inside a residence in the area, Raleigh Mayor Mary-Ann Baldwin told reporters Thursday.

Helicopter footage from WRAL-TV showed more than a dozen emergency vehicles lined up on a road through a wooded area.

A woman who was at the Hedingham Golf Club driving range said an “unending stream of police” drove by the area.

“A golf pro came out to tell us to shelter inside or leave ASAP,” she told CNN. “They were very calm, but I could tell something was wrong, so we left right away.”

The suspect was taken into custody before 9:40 p.m. Thursday, police said.

Baldwin, joined at the news conference Thursday by other officials including Cooper, expressed her frustration at the heart-wrenching gun violence that infiltrated her city.

“Today has been a very difficult day in our city. We pray that something like this will never happen here. It did,” Baldwin said.

The mayor emphasized the widespread of gun violence must be stopped. “We have work to do, but there are too many victims,” she said.

“We have to wake up. I don’t want other mayors standing here at the podium, with their hearts breaking because people in their community died today, needlessly and tragically.”

There have been at least 531 mass shootings — including Thursday’s in Raleigh — in the US so far this year, according to the Gun Violence Archive. The organization, like CNN, defines a mass shooting as one in which at least four people are shot, excluding the shooter.

Cooper echoed the mayor’s sentiments and called for prayers for the victims and the community.

“Tonight, terror has reached our doorstep. The nightmare of every community has come to Raleigh,” Cooper said. “This is a senseless, horrific and infuriating act of violence that has been committed.”

Both Cooper and Baldwin praised the multi-agency response to the shooting, with Cooper saying law enforcement officers ran to “an active shooter who was ready to kill people.”

Law enforcement is anguished by the killings, including that of a fellow officer, Borneo said.

“For the Raleigh Police Department, every officer is a brother or sister, so when we lose one of our own, it is a tragic, heartbreaking day for all of us,” Borneo said.