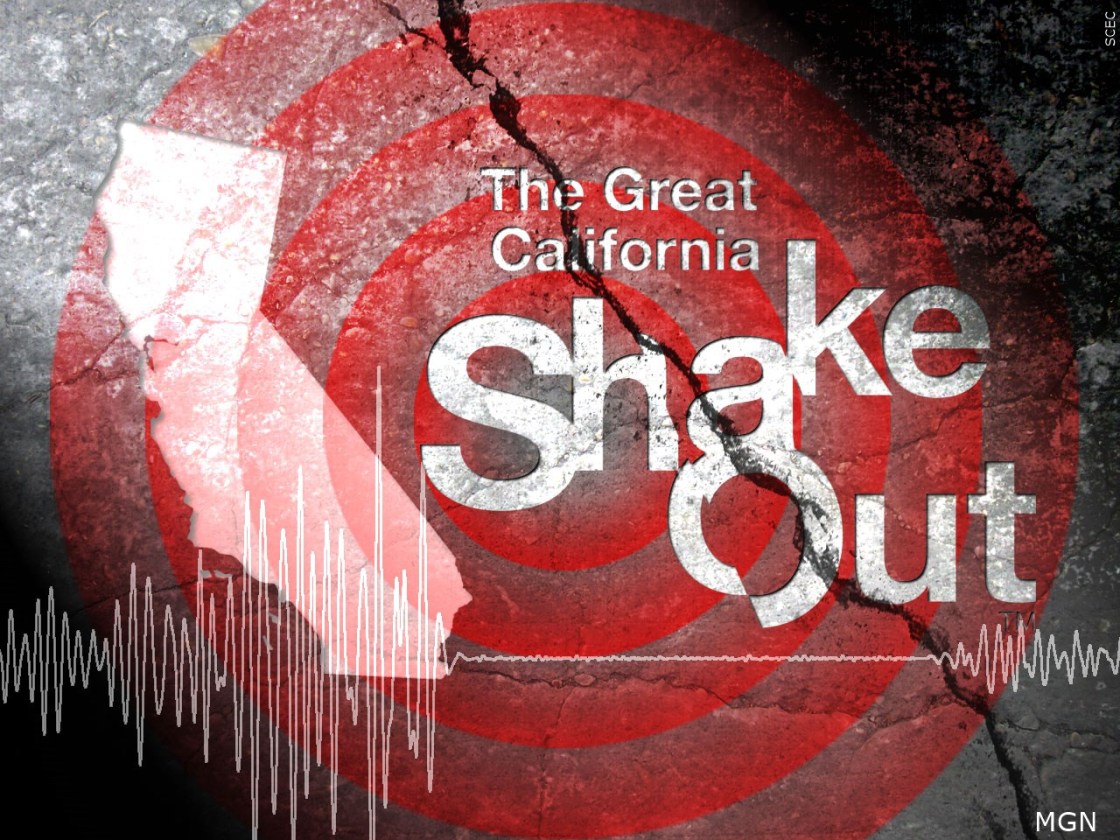 (CNS) – People in government offices, businesses and schools throughout Riverside County next week will stop everything for a minute to “drop, cover and hold on” during a statewide earthquake preparedness drill, now in its 14th year.

“What we do to prepare now, before the next big earthquake, will determine how well we can survive and recover,” according to a statement posted to ShakeOut.org . “Great ShakeOut Earthquake drills are annual opportunities to learn and practice earthquake safety with millions of people.”

The ShakeOut website indicated that 9.2 million Californians are slated to participate in the drill. During last year’s event, about 7.6 million statewide registered to take part.

In Riverside County, 640,114 people have registered for next week’s drill.

Multiple Riverside County agencies are also signed up, including the Emergency Management Department, the Flood Control & Water Conservation District, the Department of Public Social Services and the Fire Department.

Most kindergarten through 12th grade school districts countywide, along with private and charter schools, will have students and staff participating.

According to ShakeOut.org, the objective is to emphasize precautions during a 7.8-magnitude or larger quake along the southernmost portion of the San Andreas fault.

Officials say that such a tectonic shift could produce waves of movement for hundreds of miles, over four minutes. According to the U.S. Geological Survey, some 2,000 people would die, tens of thousands would be injured and more than $200 billion in damage would result. The cataclysm would have 50 times the intensity of the Jan. 17, 1994, Northridge earthquake.

Hundreds of aftershocks would ensue — a few of them nearly as big as the original quake, according to the USGS.

The drill in 2019 came just over three months after the early July quakes that struck Ridgecrest. The 6.4- and 7.1-magnitude shakers caused significant damage to roads and structures in the hamlet, which lies just south of the China Lake Naval Air Weapons Station.

Californians should be prepared to be self-sufficient for 72 hours following a major disaster. That includes having a first-aid kit, medications, food and enough water for each member of a household to drink one gallon per day, according to local and state officials.

Homeowners and renters should also know how to turn off the gas in their residences in case of leaks.