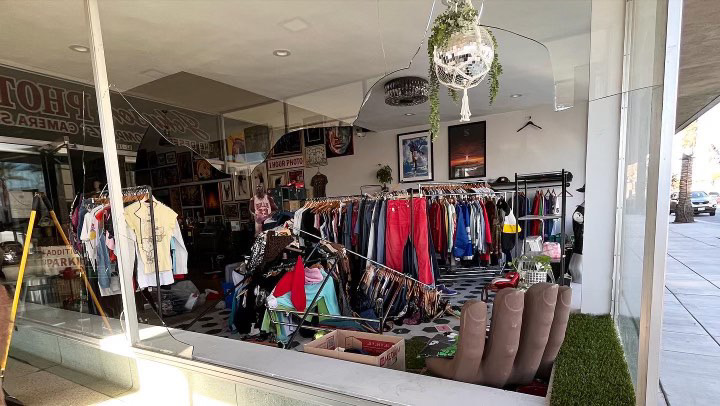 A vintage store in Indio is recovering after a recent burglary, now almost a week later the shop is still searching for answers.

The morning of Friday, October 14th, Return of the Goods, a vintage store in Indio was broken into, both Indio Police and the owner of the shop believe more than one person was involved.

“I was in line at a state sale from 3:00 a.m. to 7:45 a.m.,15 minutes before the state sale opened, I got a call from one of my customers telling me to come down here quickly…. and yeah, they took a lot of stuff.” says store owner Daniel Mata.

Mata is still in disbelief as he continues to pick up the pieces almost a week after a heartbreaking break in.

Mata was not there when the individuals broke-in, but he says he believes there were at least five individuals that took part in the burglary.

His shop in Downtown Indio just opened its doors this August.

Mata originally started out of his car, and eventually moved his way up into creating a shop for his business.

“Individuals threw multiple rocks at our two big windows right here, and just ransacked the place.” Mata describes how the attackers broke in.

In addition to tons of merchandise being taken from the local spot, they also left behind a lot of damage to their shop, that’s not even two months old.

Mata says he’s not too sure why the attackers might have chosen his spot.

He gathers all of his vintage items himself, waking up at early hours of the day and even traveling outside of the state to acquire his items.

“I wake up sometimes throughout the week at 5am and I just go out to different states, different cities. I really don’t source much here in the valley anymore,but I’ve built relationships in Kansas and Houston.”

Indio Police Public Information’s Officer Benjamin Guitron says they received a call about a damaged window at about 7 o’clock in the morning on the 14th. Through further investigation the Indio Police Department revealed that someone had made entry into the business and stole property from the business.

Guitron says he and Mata were able to find some of the stolen unique items attempting to be sold online.

“So that helped the owner to find out through social media, that the property was for sale, and notified the police. there was an opportunity for the officer to follow up that investigative lead and working with the property owner and we made an arrest.” Guitron states about the case.

Guitron says this case is still an ongoing investigation and if anyone has additional information to contact the Indio Police Department.

To help The Return of the Goods out, please check out their GoFundMe page.