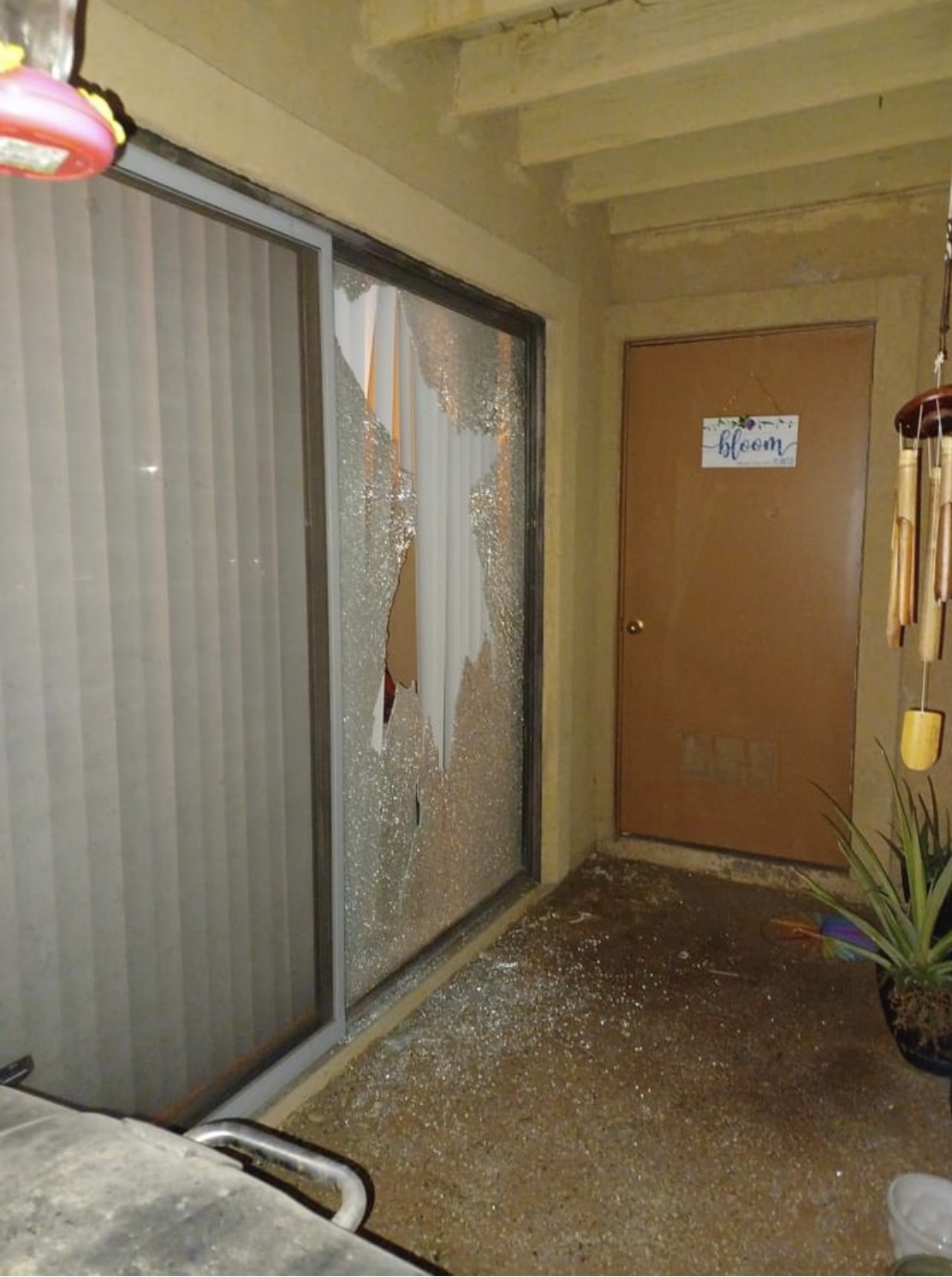 Imagine waking up to the sounds of loud booms and crashes in the early hours of the morning, and to your surprise, shattered glass and debris across your living room floor.

That’s what happened to one Desert Hot Springs resident who thought she was safe and sound in her own apartment, before this incident.

I spoke with Desert Hot Springs resident, Franchesca Tapia, who had a rude awakening this morning, just two weeks after the Desert Hot Springs City Council unanimously approved a $500,000 beautification plan, a plan that includes incidents like this to be mitigated.

Tapia woke up this morning at about 5:45 a.m., to what she believed was the sound of rain, she soon realized it was the sound of shattered glass falling from her screen door in the living room.

Immediately Tapia thought intruders were attempting to break into her apartment, so she grabbed a baseball bat and headed for her front door. She found none other than three large rocks the size of golf-balls amidst hundreds of pieces of glass.

“When I was cleaning up the glass, we found a rock the size of a golf ball behind our TV stand…. and then my mom found another bigger rock in her planter outside which had a hole in it… so obviously they threw it at the planter, and then we found another rock by the barbecue in the patio.” says Tapia about the rocks thrown into her apartment.

Tapia has lived in the Country Hills Apartment Complex for the past three years and hadn’t had any issues with anyone during her time there.

Management has since replaced Tapia’s glass door, and after cleaning up, she says nothing appears to be missing or stolen from her apartment.

She did contact the police who quickly responded, but do not have any suspects or persons of interest.

“They were here within 15-20 minutes of me calling them and they did a report and they looked around and they did think that maybe it could have been a BB gun or something… and after they left that’s when I found the rocks. I didn’t call back and say that I found rocks because I felt it was pointless.” Tapia states.

Hopefully through the new beautification plan and new Crime Prevention Through Environmental Design strategy it will help the city prevent incidents like this one from occurring as often.