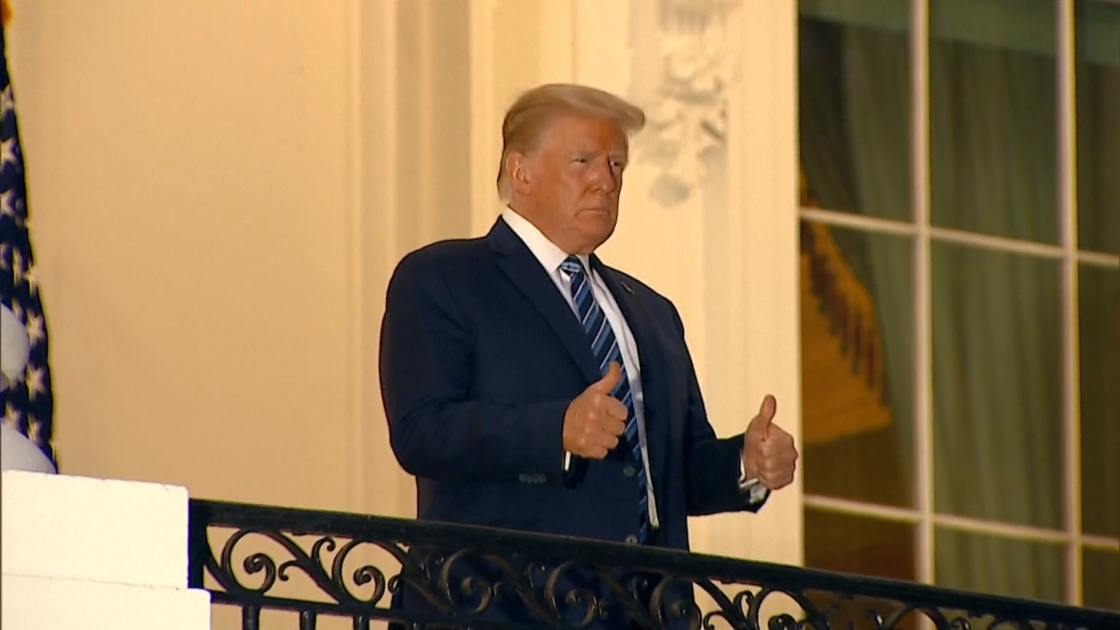 (CNN) — The House select committee investigating the January 6, 2021, attack on the US Capitol announced on Friday that the panel has officially sent a subpoena to former President Donald Trump as it paints him as the central figure in the multi-step plan to overturn the results of the 2020 presidential election.

The committee issued the subpoena to try to compel Trump to sit for a deposition under oath and to provide documents. The panel is ordering Trump turn over documents by November 4 and either appear in person or virtually for “one or more days of deposition testimony beginning on or about November 14.”

While it is not clear if Trump will comply with the subpoena, the action serves as a way for the committee to set down a marker and make clear they want information directly from Trump as the panel investigates the attack. Trump could also fight the subpoena in court, possibly setting up a hugely significant battle that could go to the highest level of the nation’s Judicial Branch, but it’s also possible such a legal challenge would outlast the committee’s mandate.

Ahead of the subpoena’s release, the committee’s vice chairwoman, Republican Rep. Liz Cheney of Wyoming said at a Harvard event earlier this week she assumes Trump will fulfill his legal obligation and honor the committee’s subpoena, “but if that doesn’t happen, then we’ll take the steps we need to take after that, but I don’t want to go too far down that path at this point.”

Unlike with previous subpoena announcements, the committee released on Friday the entire subpoena it sent to Trump along with the documents it is requesting.

“As demonstrated in our hearings, we have assembled overwhelming evidence, including from dozens of your former appointees and staff, that you personally orchestrated and oversaw a multi-part effort to overturn the 2020 presidential election and to obstruct the peaceful transition of power,” Cheney and Democratic Rep. Bennie Thompson of Mississippi, the committee’s chairman, write in the subpoena letter.

The panel summarizes what it presented in its hearings to demonstrate why it believes Trump “personally orchestrated and oversaw” the efforts to overturn the election.

It says Trump “purposely and maliciously” disseminated false claims that the 2020 election was stolen in order to help his plan to overturn the election and to solicit contributions. The committee paints Trump as “orchestrating and overseeing” the effort to obtain false state electors. On pressure campaigns Trump enacted, the panel highlight says Trump attempted to “corrupt the Department of Justice,” by getting officials to make “false statements,” illegally pressured state officials to change election results, pressured former Vice President Mike Pence to refuse to count electoral votes on January 6 “despite knowing specifically that it was illegal,” and pressured members of Congress to object to valid electors.

Trump and his legal team have been discussing how to respond to the subpoena, a source familiar with the situation told CNN, stressing that no firm decisions had been made. Trump has tapped lawyers Harmeet Dhillon and Jim Trusty to take the lead on responding to the subpoena.

The former president posted a lengthy response criticizing the committee on Truth Social after members voted unanimously to subpoena him but did not say whether he would comply. Trump also recently shared a Fox story on Truth Social that claimed he “loves the idea of testifying.” But Trump could also fight the subpoena in court, and such a legal challenge would likely outlast the committee’s mandate.

In its subpoena, the committee specifically demands Trump turn over any communications, sent or received during the period of November 3, 2020, to January 20, 2021, with more than a dozen of his close allies who have emerged as key players in the broader plan to overturn the 2020 election:

The panel’s request for communications includes Trump’s Signal communications. The committee also notes that it wants Trump to testify about his interactions with several individuals, including people on the same list, who invoked their Fifth Amendment rights when questioned by the committee about their dealings with the former President.

“This subpoena calls for testimony regarding your dealings with multiple individuals who have now themselves invoked their Fifth Amendment privilege against self-incrimination regarding their communications with you, including Roger Stone, Lt. Gen. Michael Flynn, U.S. Army (Retired), John Eastman, Jeffrey Clark and Kelli Ward,” the committee wrote in a letter to Trump.

The House committee latest public hearing, where members voted to subpoena him, served as a closing argument to the American public ahead of the midterm election that Trump is at the center of the multifaceted plot to overturn the 2020 presidential election.

“It is our obligation to seek Donald Trump’s testimony,” Thompson said ahead of the subpoena vote during the hearing.

Cheney said during the hearing that seeking Trump’s testimony under oath remains “a key task” because several witnesses closest to the former President invoked their Fifth Amendment right against self-incrimination in response to their interactions with Trump.

“We are obligated to seek answers directly from the man who set this all in motion,” Cheney said, referring to Trump.

This story has been updated with additional developments.