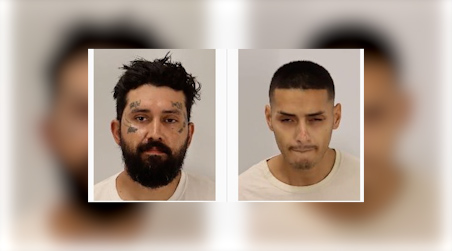 (CNS) – Felony charges were filed Tuesday against a Coachella man suspected of kidnapping, robbing, assaulting and extorting a man for money.

Alexander Henry Edlund, 34, was charged Tuesday morning with five felony counts, one each of kidnap for ransom, robbery, criminal threats to cause death or great bodily harm, false imprisonment and assault with a weapon or by force to cause great bodily harm, according to court records.

He’s scheduled to be arraigned at the Larson Justice Center in Indio on Tuesday afternoon.

A second suspect, 26-year-old Brian Emmanuel Jamand, pleaded not guilty last week to one felony count each of kidnapping for ransom, robbery and criminal threats to cause great bodily harm, according to court records.

At around 11:20 a.m. on Oct. 16, sheriff’s deputies from the Thermal station responded to the 50000 block of Cesar Chavez Street regarding a man who was kidnapped, robbed, assaulted and extorted for money, according to Sgt. David Aldrich of the Riverside County Sheriff’s Department.

The unidentified man left a casino with the suspects and drove to Coachella, where he was allegedly assaulted and robbed in the 53500 block of Cesar Chavez Street, according to Aldrich.

The suspects held the victim against his will when he didn’t give them money, which he didn’t have, Aldrich said. They then demanded money from his personal contacts and when the ransom was paid, they released him in the 50000 block of Cesar Chavez Street, Aldrich said.

Paramedics treated the victim’s injuries at the scene.

Jamand is charged with three felony counts of robbery in a separate case on suspicion of robbing a Castaneda’s restaurant, an unidentified beauty store and a Chevron gas station.

Anyone with information about the suspects was asked to call Investigator James from the Thermal Station at 760-863-8856 or Valley Crimestoppers at 760-341-7867 (STOP).