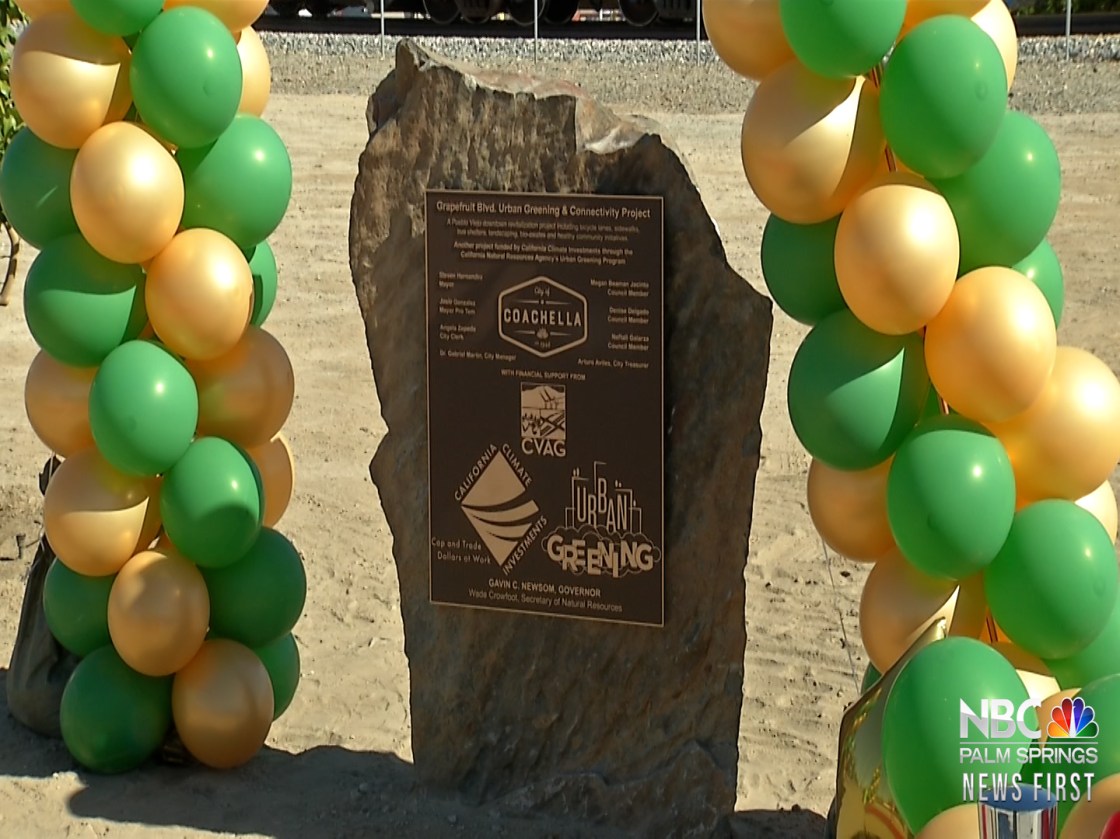 (CNS) – The city Tuesday celebrated the completion of its urban greening and connectivity project in the Pueblo Viejo Downtown District.

City officials, along with the Coachella Valley Association of Governments, California Climate Investments and Urban Greening, hosted a ribbon- cutting ceremony on Tuesday at the intersection of 6th Street and Grapefruit Boulevard.

“The Grapefruit Boulevard Urban Greening and Connectivity Project represents a vital milestone for our city,” Mayor Steven Hernandez said in a statement. “Climate change and healthy living have been ongoing concerns of the city, and this pivotal project brings our tireless efforts to life.”

Grapefruit Boulevard was decorated with 288 trees and plants between Leoco Lane and 9th Street for the project, according to city officials. It was developed in an effort to moderate temperatures and solar radiation for bicyclists and pedestrians.

“This urban greening project is a great step forward in access to green spaces for our communities, helping us make the city a place where our existing residents can truly live, work and play,” Councilwoman Megan Beaman Jacinto in a statement.