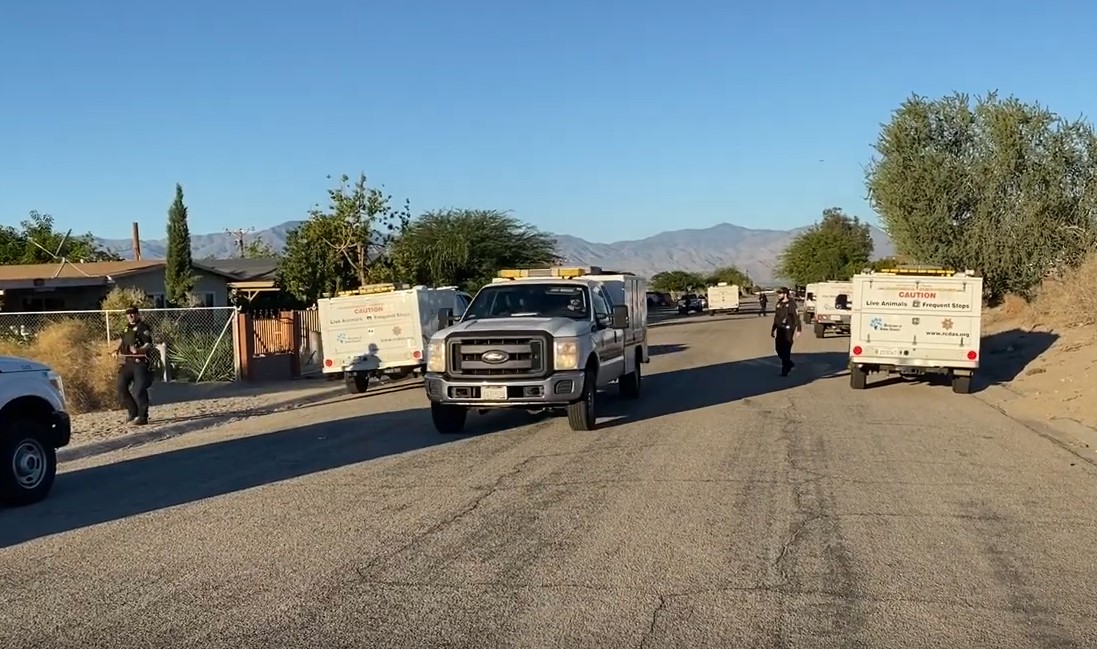 “There are many children in these communities and these sweeps are imperative to ensure the children are safe as we near Halloween,” Field Services Commander Josh Sisler said in a statement. “Some of these dogs exhibit a feral nature and form packs.”

He called the operation unfortunate but necessary.

The first roundup occurred at 6 a.m. near a school bus stop in Mecca with children present, according to John Welsh from the Riverside County Department of Animal Services.

Welsh said that in addition to the impounded dogs, 23 citations were issued to dog owners for off-leash dogs, failure to provide a license or a rabies certificate for their dog, and failure to microchip their pet.

All dogs who were impounded Tuesday were taken to the Coachella Valley Animal Campus in Thousand Palms, according to Welsh.

“It’s important for dog owners to consider their neighbors and keep their pets inside their properties,” Animal Services Director Erin Gettis said. “Not only is it the right thing to do, but a dog can cause a serious injury to a person and that places the dog owner at legal risk.”

In late September, animal control officers also conducted a sweep and impounded 17 dogs in the North Shore area, Welsh said. Sweeps are typically conducted twice a year in an effort to prevent dogs fleeing into the open desert.