Suspect Who Allegedly Murdered Pair In Coachella Pleads Not Guilty 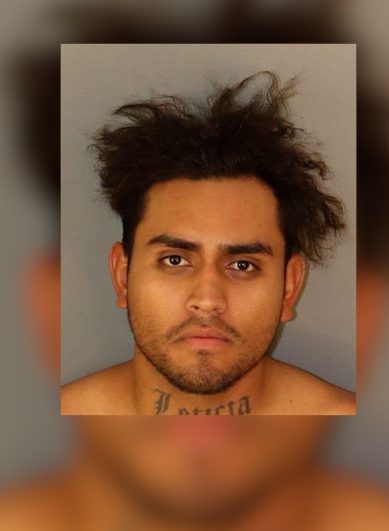 (CNS) – A 22-year-old man suspected in the murder of a man and woman in Coachella pleaded not guilty to felony charges Monday.

David Torres Cerda of Coachella, who was arrested in Redwood City, pleaded not guilty to all charges against him, including four felony counts, two of murder and one each of possession of an assault weapon and taking a vehicle without owner consent, according to court records from the Larson Justice Center in Indio.

According to Sgt. Ben Ramirez of the Riverside County Sheriff’s Department, at about 8:20 a.m. on Oct. 23, officers from the Colma City Police Department in the San Francisco area met with a caller who provided information about two deceased victims in Coachella.

At 9:41 a.m. the same day, deputies from the Thermal Sheriff’s Station were dispatched to the 85300 block of Avenue 52, where the bodies of Hector Ramos, 23, of Coachella and Monique Vega, 26, of Val Verde were discovered, according to Ramirez.

“Inside a casita attached to the main residence, deputies found a deceased male adult and a deceased female adult with significant trauma,” Ramirez said. Deputies then verified the information to Colma police officers.

Colma police officers detained Torres as the investigation continued. He was subsequently arrested on suspicion of the murder of the two victims, according to Ramirez.

Torres was transferred to the Larry D. Smith Correctional Facility in Banning from San Mateo County Jail on Oct. 26, according to inmate records. He was being held without bail.