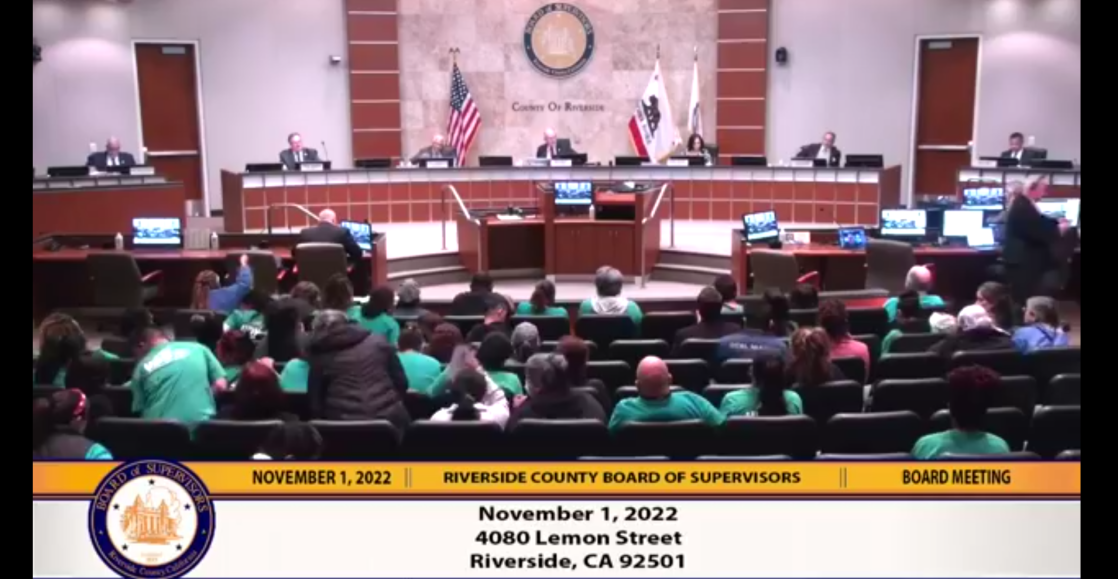 Riverside County Board of Supervisors unanimously approved a resolution today declaring Riverside County’s condemnation of acts of antisemitism within the county and anywhere else they may occur.

I spoke with the CEO for the Jewish Federation of the Desert, Alan Potash, on how the passing of this resolution has affected and will affect the Jewish community here in Riverside County.

“There has been an increase of antisemitic incidents, especially on social media… and so this is an opportunity for the Jewish community and other communities in the Riverside County to know that the Riverside Board of Supervisors understands the importance of speaking out against hate.” says Potash.

Potash says he greatly appreciates the board of supervisors for taking this on as an action of condemning antisemitism and hate within the Jewish community.

“We live in a very challenging time, and the county board of supervisors taking the step to have a resolution demonstrating the need to respect other people and to not have intolerance in our community is a very strong step.” Potash states.

Potash says the most important thing people can do is learn how to have conversations, to have people come together and have a dialogue around commonalities, and around challenges.

“I just think it’s important for us to educate people on the roots of antisemitism and hatred in general.. so when you bring people of different backgrounds together, they learn from each other and they’re able to find ways to understand the differences and bring the commonalities closer to heart.” Potash says.

During this morning’s meeting, Supervisor Manuel Perez, who jointly proposed this resolution with Supervisor Karen Spiegel, listed several sources within the community that help counter ignorance and help educate the community to recognize hate based-prejudice and how to combat them.

“The fourth district, we have Desert Holocaust Memorial in Palm Desert next to my office, and the Tolerance Education Center in Rancho Mirage. These organizations teach history and accounts of those who suffered and survived atrocities and genocides.” says Supervisor Manuel Perez.

Due to the pandemic, the Tolerance Education Center in Rancho Mirage has closed and remains closed. For more resources, Potash says local valley members can turn to the Jewish Federation of the Desert or the Anti Defamation League.