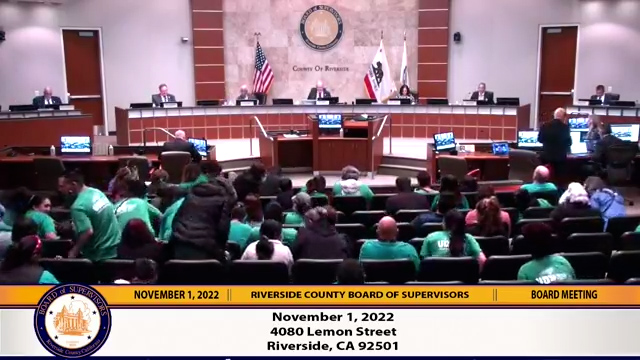 (CNS) – The Board of Supervisors Tuesday officially added Riverside County to a statewide coalition of interests promulgating steps by the state to expand water infrastructure and take other actions to prevent water shortages during cyclical droughts, including the current one.

“Different (local) water companies are getting together on the same page,” board Chairman Jeff Hewitt said. “It gives me hope they’ll find solutions sooner than later.”

The board unanimously approved a resolution declaring that California’s “current water system requires extraordinary investment and operational changes to provide sufficient water supplies for today and the future generations of Californians.”

The resolution establishes the county’s membership in the Solve the Water Crisis Education coalition, based in Sacramento and focused on using water agencies statewide to raise awareness regarding the threats from inaction to contend with droughts, which have left counties vulnerable to resource depletion.

Nearly the entire state’s land mass currently falls under the U.S. Drought Monitor’s designation of “severe,” while some locations are characterized as in “extreme drought.”

The board resolution states that droughts from 2007-09, 2012-17 and the current one, which began in 2020, have had cumulative impacts that pose a future threat to water security.

The resolution captures the sentiments of representatives from multiple area water agencies who addressed the board last month. The thrust of their presentation was that the state has been in foot-dragging mode, paying lip service to the need for renewed investment to secure water deliveries from the State Water Project and ensure appropriate storage capacity, while committing little revenue to the cause.

“It’s been decades since the state has been willing to make investments in (water infrastructure) in any meaningful way,” Supervisor Kevin Jeffries complained at the time. “We have to be more self-sufficient.”

“We could have moved 236,000 acre-feet of water during the December rains,” Miller said. “The water is there; we’re just not managing or engineering it appropriately. It takes a big investment.”

He called it disingenuous to believe that rainfall deficits are going to be a constant and worsening conundrum.

“The science isn’t indicating that. It’s the lack of investment in infrastructure that’s impacting the economy of our state,” Miller said.

According to the board resolution supporting the education coalition, the state’s current system is “designed to meet the needs of a population of 19 million residents,” not 40 million.

“Although the state has outlined a variety of concepts to transform the water supply system, it is critical for the state to provide the funding and approvals that are necessary to address the water supply crisis,” the resolution states.

The last reservoir built in Southern California was Diamond Valley Lake south of Hemet, completed in the mid-1990s.

Despite the challenges of re-occurring dry seasons, most water agencies in the county have succeeded in netting savings from conservation efforts over the last decade. In May, some of the largest water providers said they were in a better position to withstand further “dry years” than they were during the 2012-17 drought emergency.

Riverside Public Utilities estimated that, based on current demand, the city has “sufficient water supply for the next five dry years and likely beyond, but continues to encourage customers to use water efficiently and adhere to the city’s prohibitions on wasteful water practices.”

Similarly, the Coachella Valley Water District said the agency is “managed for long-term sustainability” thanks to “local water efficiency practices (that) are always a priority.”